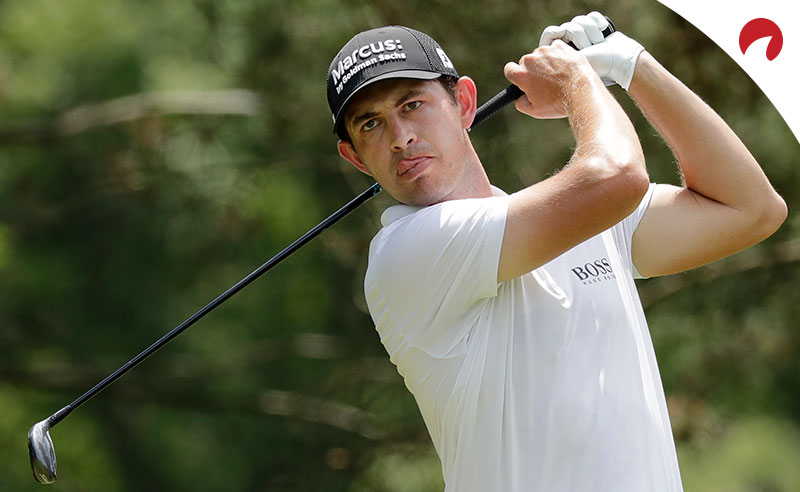 After concluding the Hawaii swing, the PGA Tour returns to the mainland this week with the American Express in La Quinta and Palm Desert, California, from January 21-24.

At Bovada, Patrick Cantlay is the +1200 favorite, with Patrick Reed (+1600), Scottie Scheffler (+1600), Brooks Koepka (+1800) and Tony Finau (+1800) accompanying him at the top of the oddsboard. Jon Rahm was initially the +600 front-runner to win the American Express, but the Spaniard announced Monday he was pulling out of the tournament.

Here’s a look at the golfers with the likeliest odds to emerge triumphant this week:

Who is Favored to Win the American Express?

Odds as of January 18 at Bovada

To learn more about wagering on the links, check out our How to Bet on Golf page. Looking to put some money down? Our Best Golf Sites article will help you find the sportsbook that’s right for you.

Andrew Landry earned the second PGA Tour title of his career at the 2020 American Express and is a +15000 long shot to do it again this time around. A year ago, he looked to be in command until the final nine holes on Sunday, when he bogeyed hole Nos. 13, 14 and 15. His only par of the back nine came on the par-5 16th.

Landry added birdies on the final two holes to earn the victory. Abraham Ancer fired a 63 on Sunday – tied for the best round of the day – but came up just short in a runner-up showing. Scottie Scheffler placed third.

The sportsbook is expecting Scheffler (+2200) and Ancer (+3300) to be more of a factor than Landry in 2021. No golfer has successfully defended his title at the American Express since Johnny Miller went back to back in 1975-76.

For the first time in the tournament’s history, the pro-am portion of the event will be eliminated due to safety and health precautions surrounding the COVID-19 pandemic. The pro-am is set to return in 2022, though.

The cut for the American Express is set to go from the typical 54 holes to 36 this year.

Brooks Koepka is making his first start of the 2021 calendar year this week. Last season, Koepka didn’t look like his dominant self due to injuries, but he did post a T-5 at the Houston Open and a T-7 at the Masters in a two-week span.

In total, there are 12 golfers ranked in the top 50 in the world rankings teeing it up at the American Express, with Cantlay (No. 9), Patrick Reed (11), Wolff (15) and Sungjae Im (18) headlining things in the Golden State.

Koepka might be fade material for some golf bettors since he’s not winning at the clip we’re used to seeing from him. His last PGA Tour win came at the 2019 WGC-FedEx St. Jude Invitational, after all.

Koepka missed the cut in Mexico to end his 2020 campaign, but he’s looking for a fresh start here. He showed at the Houston Open and the Masters that he’s ready to get back on the winning side of things, and his immense talent is unquestioned.

This is not the strongest field we’ve seen in 2021, so Koepka should have plenty of opportunities to go low and be in the mix of things come Sunday.

Due to his recent form, Kizzire is presenting excellent value at the 2021 American Express. Quietly, Kizzire has been within striking distance of late, as the 34-year-old has three top-15 showings in his last five starts.

Kizzire looked great at the Sony Open in a T-7 finish. The American’s -18 score was only three shots off the lead, and his 6-under final round will inspire confidence in his backers.

Golf is unique for many reasons, but one of them is the significant number of betting props available at weekly tournaments. The American Express is no different.

Sportsbooks are offering odds on things like whether there will be a hole-in-one, OVER/UNDERs on the winning score for the eventual champion and odds on which players from specific countries will have the lowest score, to name a few.

Like other sports, betting on props is a fun and unique way to enhance your golf gambling experience.

Live Betting is arguably one of the most exciting ways to bet on golf. If the player you placed a pre-tournament bet on is out of the running at any point during the American Express, you can bet on another golfer as the days go by and have another stake in the game.

If there are only a few men in the hunt on the final day, the odds likely won’t be significantly high, but your chances of winning are. We’ve seen this happen multiple times in the PGA Tour’s Return to Golf, as multiple tournaments have gone to a playoff.

These helpful pages will assist you in handicapping your golf wagers: