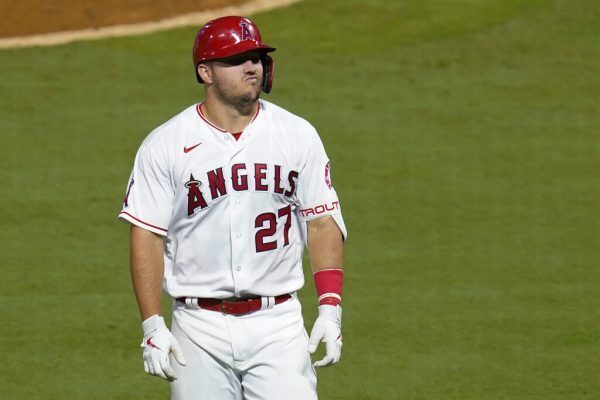 No matter what social media pundits or public opinion claim, Mike Trout is an Exhibit A illustration of how two things can be true at once. He’s won the American League MVP three times through his first nine full seasons, while the Los Angeles Angels have qualified for the playoffs just once and failed to win one postseason game during the Trout era. So, the two things that are true:

The second bullet point is often cited as a reason Trout’s value is overstated, but unlike in a sport like basketball, the Angels can’t get the ball or bat in Trout’s hand on every possession. If they could, Trout could pull a LeBron James and drag an underwhelming roster to the postseason and possibly championship series. No matter your take, bookmakers at the online sportsbook BetOnline have pegged the Angels franchise player as their heavy favorite to win his fourth Most Valuable Player award. It’s one of many MLB season awards that BetOnline has set odds on as spring training exhibition games heat up and Opening Day creeps closer.

Look at the gap between Trout’s odds to win his fourth AL MVP and 23-year-old Luis Robert’s. For the sake of argument, let’s review Robert’s 2020 abridge season stat line. The White Sox young phenom hit just .233 with 11 home runs, 33 runs scored, 31 RBI and nine stolen bases in 56 games. The fact he struck out nearly 33% of the time is a typical sign of a young hitter adjusting to major league pitching. Baseball analytics site Fangraphs projects Robert could hit 25 dingers with 25 stolen bases and get his average up over .250. That’s great and all, but when chasing Trout and his .285 average with 40+ dingers and more than 100 runs and RBI, that’s some tough sledding for the young Robert.

If you’re looking for a longshot to cash, remember George Springer relocated his talents to Toronto and will leadoff for the Blue Jays this season. He’s more than capable of posting stats comparable to Trout, but on a roster that is projected to win 88 games and contend with the Yankees for the American League East title.

After trading Francisco Lindor to the Mets during the offseason, Shane Bieber could be the Indians MVA, most valuable asset. The 2020 American League Cy Young Award winner was 8-1 with a glistening 1.63 ERA in 12 starts for the Tribe last season. He became the fourth Indians pitcher this century to earn the Cy Young honor after C.C. Sabathia, Cliff Lee and Corey Kluber. So, if we’re being honest, Bieber at 5-1 is a little bit of a discount unless you factor in Cleveland’s ulcer-inducing batting lineup that could hinder their ace pitcher’s odds of winning double-digit games this year. 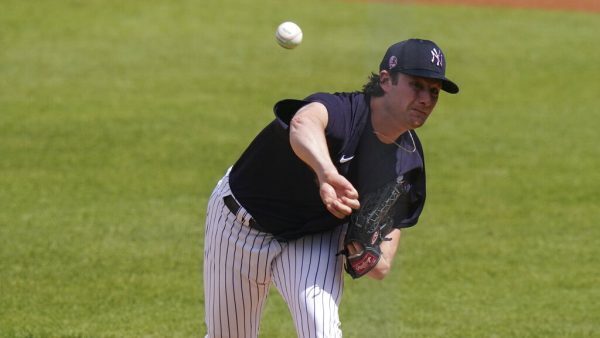 The Yankees invested hundreds of millions of dollars into Gerrit Cole’s pitching abilities and he delivered in an abridged season with seven wins and a sub-3.00 ERA. As the slight favorite to win the Cy Young at +425, Cole’s consistency on the mound since leaving Pittsburgh is quite the reason to back this horse. Lucas Giolito was at one-time the Washington Nationals ace of the future before he was dealt to the White Sox. He hurled a no-hitter last season as part of his 4-3, 3.48 ERA campaign. It’s obvious at +450 to win the AL Cy Young, the 26-year-old Giolito has some pressure on him to develop into Chicago staff ace this season.

Hey, remember Chris Sale? Missed last season due to Tommy John surgery. Some value on the veteran pitcher at 20-to-1 should he return to the Sale of old.

The Rays may have lost Blake Snell to the Padres in an offseason blockbuster trade, but the small market team balling on a budget boast three players in contention for American League Rookie of the Year honors. Following a postseason offensive blitzkrieg, Randy Arozarena is the 4-to-1 odds favorite to win the AL ROY, while 20-year-old Wander Franco at 12-to-1 awaits his much anticipated MLB debut. Starting pitcher Brendan McKay could fill Snell’s shoes here in the near future, but he’s also recovering from shoulder surgery.

The preseason odds to win the 2021 National League MVP is a much tighter race with six players 10-to-1 or better.

You think there is some correlation between the Dodgers boasting three MVP favorites and Los Angeles the 3-to-1 overwhelming favorite to win the 2021 World Series? Mookie Betts, Cody Bellinger and Corey Seager combined to hit 43 home runs in just 56 games last season, while Betts or Seager are capable of winning the batting title any given year.

Juan Soto and Fernando Tatis Jr. mark the next generation of big bats that MLB hopes draws in a new-age of young fans with their colorful personalities and ability to win a game with one swing of the bat. Tatis just signed an insane $340-million contract extension to cement his status as the Padres’ franchise player, while Soto, 22, is projected to smack 35+ homers and carry a .300+ batting average.

Freddie Freeman is steady Eddie at the dish, but never gets the credit he deserves. At 12-to-1, he’s the top value play on the board.

The New York Mets’ ace Jacob deGrom won back-to-back Cy Young awards in 2018-19 and finished third in voting during the abbreviated 2020 campaign. While Trevor Bauer earned a ton of headlines during his free agency woo-fest, the 7-to-1 odds may be high as the pressure to win as a member of the Indians or Reds pales in comparison when sporting the Dodger blue. Just ask the guy with the third-best odds to win the NL Cy Young. Yu Darvish’s time with the Dodgers is an era he’d like to forget and while his three-year stretch as a pitcher for the Cubs wasn’t a complete disaster, it wasn’t the Darvish many came to expect before Tommy John surgery. What will aid Darvish’s 9-to-1 odds to win the Cy Young is playing half the season in a pitcher-friendly ballpark of Petco Park.

With the Pirates in the midst of their third rebuild this decade, Ke’Bryan Hayes earned a 24-game cup o’ coffee last fall. He hit .376 with five homers and 17 runs scored. At 24 year old, he’s a late-bloomer as far as breakout rookies go these days, but is the best Pittsburgh has to offer heading into 2021.