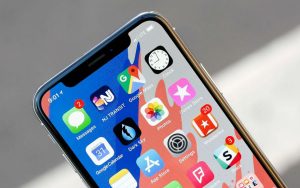 Apple and Google were hit with a flurry of lawsuits in Alabama and Connecticut, with plaintiffs contending that the two tech giants have been promoting and profiting from games in their app stores that constitute illegal gambling under statutes in the two states.

In Alabama, two federal lawsuits were filed this past Wednesday, seeking refunds for two residents of the state who purchased games from the App Store and Google Play that plaintiffs claim constitute illegal gambling under state law.

The plaintiffs purchased the game apps and then paid additional money in order to be able to continue playing the games. The two lawsuits specifically refer to casino-style games such as slots, blackjack, roulette, and poker as well as to keno, bingo, and other games that are frequently associated with gambling.

When the plaintiffs purchased the games, they were offered a certain amount of free coins to play. But anytime they lost the game, they were also losing coins. While players can earn more coins, they are also prompted to purchase coins with real money to keep playing.

The two lawsuits cite Alabama’s gambling law, under which paying money in a game in a bid to secure more playing time constitutes illegal gambling.

Plaintiffs also argue that Alabama’s legal definition of “something of value” refers not only to games where someone gambles money in hopes to win more money and that this definition further includes “extension of a service, entertainment, or a privilege of playing at a game or scheme without charge.”

In other words, paying money to buy coins “so as to gain the ‘privilege of playing at a game or scheme without charge’ is gambling a thing of value” under Alabama gambling statutes, the two federal lawsuits claim.

One of the lawsuits also contends that both Apple and Google can and should geo-restrict who can access the games so they are only played in territories where that type of gambling is legal.

A similar lawsuit was lodged by a Connecticut woman on Thursday. Karen Workman, the plaintiff in that separate case, says she spent more than $3,300 to buy in-game coins on an app called Jackpot Mania she downloaded from Apple’s App Store back in 2017.

The lawsuit that was filed in the US District Court for the District of Connecticut alleges that the free-to-play games on the App Store that offer in-game currency, that is to say the coins players purchase for real money to continue playing, constitute illegal gambling.

The lawsuit further claims that by offering such game apps, Apple “promotes, enables, and profits” from illegal gambling products.

The Connecticut lawsuit seeks class status and asks defendants to refund “all money paid through the illegal gambling games described herein”, cover attorneys’ fees, and award Ms. Workman for her “services in this case on behalf of the class.”

The recently submitted legal complaint argues that apps with in-game currency still constitute gambling, because customers “have the ability to win and therefore acquire more time.” It adds that credits that are recorded and allow players to extend play are a thing of value and therefore violate Connecticut’s gambling law.