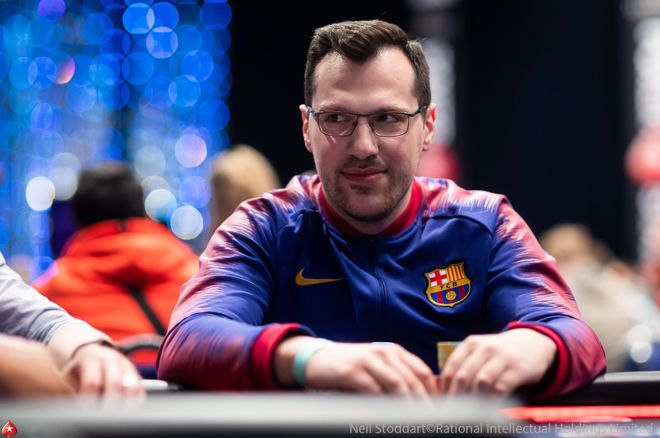 Russian superstar Artur Martirosian excelled on Day 2 of the WPT World Online Championships Main Event. Martirosian multiplied his stack ten-fold, going from a shade under 3 million chips to a tournament-leading 30,030,334.

The Russian’s stack is huge, so huge in fact that it contains 11,202,746 more chips than anyone else in the final 24. Victory is far from a done deal, but Martirosian must fancy his chances of getting his hands on the title of champion and the gargantuan $1,715,667 top prize that comes with such an accolade.

Race for the WPT Leaderboard title hots up

Some 156 players sat down on Day 2, each sharing the common goal of navigating their way through to the top 136 places where the $10,110,000 prize pool started being dished out.

Alex Foxen and Christan Jeppsson fell just shy of the payout places, with Ioannis Angelou-Konstas bursting the money bubble when he crashed and burned in 137th place.

Day 3, which commences at 8:00 p.m. CEST on September 15, sees a whole host of stellar names join Martirosian for the penultimate day’s action.

Further down the chip counts lays the last remaining member of the partypoker stable. Dzmitry Urbanovich has 5,951,864 chips, enough for 12th place. Urbanovich is in solid form having finished second in the $5,200 WPT Big Game on September 14 for $146,050. Finishing eighth or higher here will best that impressive prize.

Play resumes at 8:00 p.m. CEST on September 15 with 24 players in the hunt for the title. Each is guaranteed $58,638 but that will swell to $127,386 by the time the final table of nine is reached. The tournament pauses once this happens before resuming at 8:00 p.m. CEST on September 16 where it plays out until a champion is crowned. That looks like it will be Martirosian right now but anything can happen.