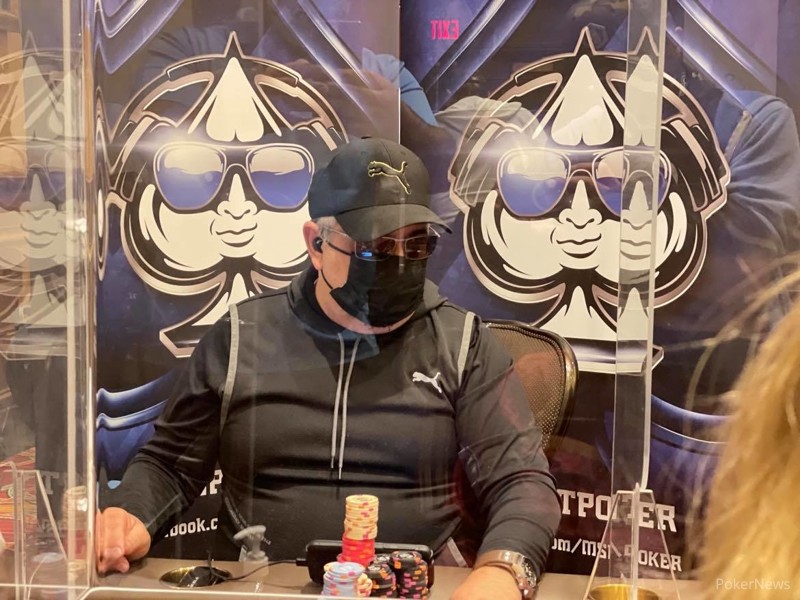 Beit came into play hot off a second-place finish in an earlier $300 DeepStack Extravaganza that earned him $10,998, and he was able to carry that momentum through the second of two starting flights to take a stack of more than 200 big blinds into Sunday’s Day 2.

Matt Bond (321,500) also ended the day above 300,000, finishing not only second in the counts, but also second overall in chips among the 226 combined players who earned their way to Day 2 among the first two flights. The pair of players were the only two to finish larger stacks than Day 1a chip leader Salim Admon (293,000). Other players among the top stacks when chips went into bags included Dale Eberle (279,500) and Nahid Toma (268,000).

Bob Whalen, Lee Markholt, Todd Sladek, Cody Espeseth, and Ryan Dodson were among those who failed to advance, and most, if not all will be expected to try their hand at advancing on Saturday’s Day 1c, the final of three starting flights.

Just like last weekend’s $1,100 Main Event, Saturday is sure to bring an overflowing influx of players looking to add their names to Sunday’s Day 2 roster. Play begins at 11:10 a.m. for the final flight, though all who wish to play are recommended to arrive significantly earlier to ensure they get a seat before the list of alternates takes effect.

PokerNews will be providing you all of the action that is sure to ensue, so be sure to come back and follow along.