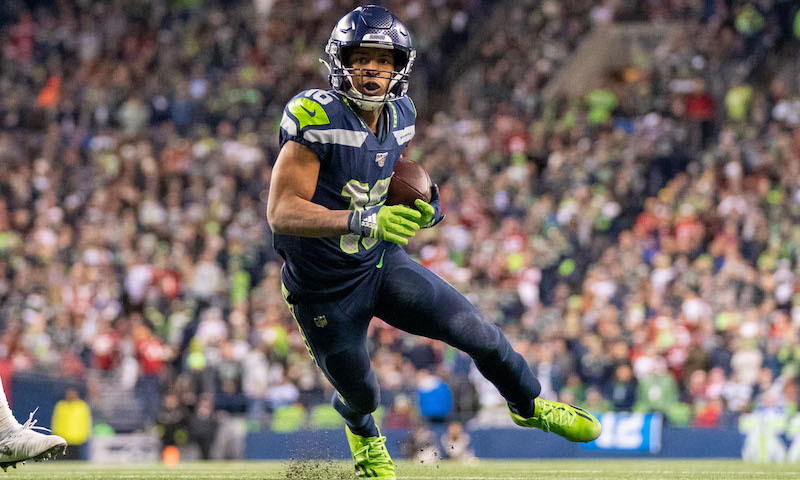 My spooky set of props yielded another 2-1 record in Week 8. While I am happy to keep collecting spoils, we are due for a sweep. Worst of all, my favorite player prop of the week did not even come close as the entire Browns game disappointed and was not able to convert his receiving yards prop. All in all, a winning week is better than a losing week. Let’s sift through some NFL player props and find a sweep in Week 9.

Make sure to check out our Week 9 Betting Lines and Picks and some NFL betting tips before diving into the action at online sportsbooks. Let’s get started.

Use our DraftKings promo code to get these odds!

In a big victory against the Ravens, stayed below his passing yardage prop to give us one of our Week 8 victories. In a slightly similar projected game script, I do not foresee Ben needing to throw the ball to beat the Dallas Cowboys. The Ravens’ defense is really good. The Cowboys as an organization — currently really bad.

The Cowboys have not allowed a 300-yard passer in 2020. In fact, over the last five weeks, and the Giants accumulated 211 passing yards for the high point against the Dallas defense. Could this be attributed to a dominant passing defense? Not really. Instead, the Cowboys are so ineffective against rushing attacks that teams have not needed to attempt passes. Over the last three weeks, the Cowboys have seen a mere 25.7 passing attempts per game while allowing 33.33 rushing attempts per contest. Offenses are attacking a rush defense that allows 5.1 rushing yards per attempt in 2020.

So, what does that mean for ? Big Ben will likely be handing the ball off frequently on Sunday. seems to be a very appealing DFS option and could possibly see 20+ attempts. At the time of this writing, the Cowboys have not announced a starting quarterback. The Steelers should mop the floor with Dallas and Big Ben should spend most of the game turning around to hand the ball off. I will happily take the under for the second week in a row.

While continues to look inferior to each week, the Denver Broncos are very content to feature the veteran back each week. Lindsay, questionable (but really probable) with a toe injury, has shown a level of explosiveness that seems outside of Gordon’s range of abilities. Regardless, Gordon keeps getting his usage — especially in the passing game. Playing from behind, Gordon was only able to muster 8 carries for 26 yards against the Chargers but saw 7 targets in the passing game.

The game versus the Atlanta Falcons features a high total (50 points) against a defense that relents to running backs on the regular. While the Falcons haven’t yielded a ton of rushing yards, Atlanta allowed a second-worst 52 catches to opposing backs through the first eight weeks of the season. For years, Atlanta has struggled with running backs that are active in the passing game and that seems to be the case again in 2020.

Gordon should see more room with his 10+ carries against Atlanta and will likely see a healthy share of targets to complement his rushing total. I really like taking the total yards prop and giving myself outs if Gordon is able to break either a big run or a big reception for 20-plus yards. I will take the over on DraftKings Sportsbook.

is ready to square off against a reputed Bills defense. So, why the love? The Bills present an opportunity for slot receivers given their boundaries are often well-guarded. Tre’Davious White will likely shadow throughout the affair. Does that mean you should not play in your DFS lineups? No. Yet, and Seattle have shown throughout the course of the season the willingness to take whatever the defense is offering.

Per our GridironIQ tool, the Bills are alarmingly stout with passes greater than 20 yards down the field. Teams, instead, find a great deal of success with passes shorter than the 20-yard mark. Insert .

I know I am not getting the best number on Lockett at the time of this writing. I don’t mind taking the over on DraftKings instead of FanDuel (73.5 O/U) before the line moves up. Lockett will be targeted heavily throughout the game and should finish over this prop — especially if this game shoots out. I’ll take the over. Lockett up! (I’ll see myself out…)