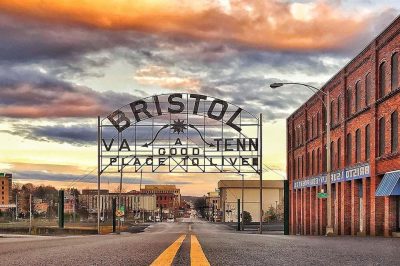 Chirches in Bristol joined efforts to work together to oppose the proposed Hard Rock Hotel and Casino resort project. As a result, bright yellow billboards with messages written against the casino are being placed around the city.

Local voters are set to take part in the statewide November 3rd referendum that is set to decide whether the city of Bristol will give the green light to the proposed $400-million casino resort to be established at the vacant Bristol Mall’s site. Early and absentee voting was given the start in September, and the fate of the Hard Rock Hotel and Casino resort could be decided with a simple majority of votes.

The casino project was rolled out by the CEO of Par Ventures, Clyde Stacy, and the CEO of The United Co., Jum McGlothilin, with the gambling and entertainment giant Hard Rock International being established as the management partner of the project. However, the project has faced extensive opposition, with Bristol Chirches now joining efforts to oppose the proposal.

According to the church leaders across the city, they hardly stand a chance against the business, which most likely has various resources to take advantage of in order to make local voters hear their message. As explained by the pastor of Fellowship Chapel, Scott Price, the effort against the proposed casino resort is not really organized and came spontaneously, as many Bristol churches felt that the addition of a gambling venue would be bad for the city.

In Mr. Price’s opinion, the establishment of a casino would not bring anything good to the city of Bristol in the long term. The pastor further noted that the gambling venue would have a negative moral impact on the community and local people would be the only ones to lose from the gambling expansion. Mr. Price stands behind the belief that no wealth could be really produced by a casino, and the only thing gambling venues do is redistribution of wealth from one person to another.

Supporters of the proposed casino have unveiled projections that the gambling venue could bring millions of visitors and fresh tax revenues on an annual basis for both the city of Bristol and Southwest Virginia. Apart from that, the casino project is expected to have a broader economic impact on the region, as it would create thousands of new jobs.

So far, the casino proponents have not answered church leaders’ specific concerns. They said that local voters need to make an informed decision when the matter is brought down to a vote at the beginning of November. Business leaders believe that the city cannot afford to miss such a significant job and tax revenue project, especially since there currently is no viable alternative for a significant economic boost for Bristol and the region.