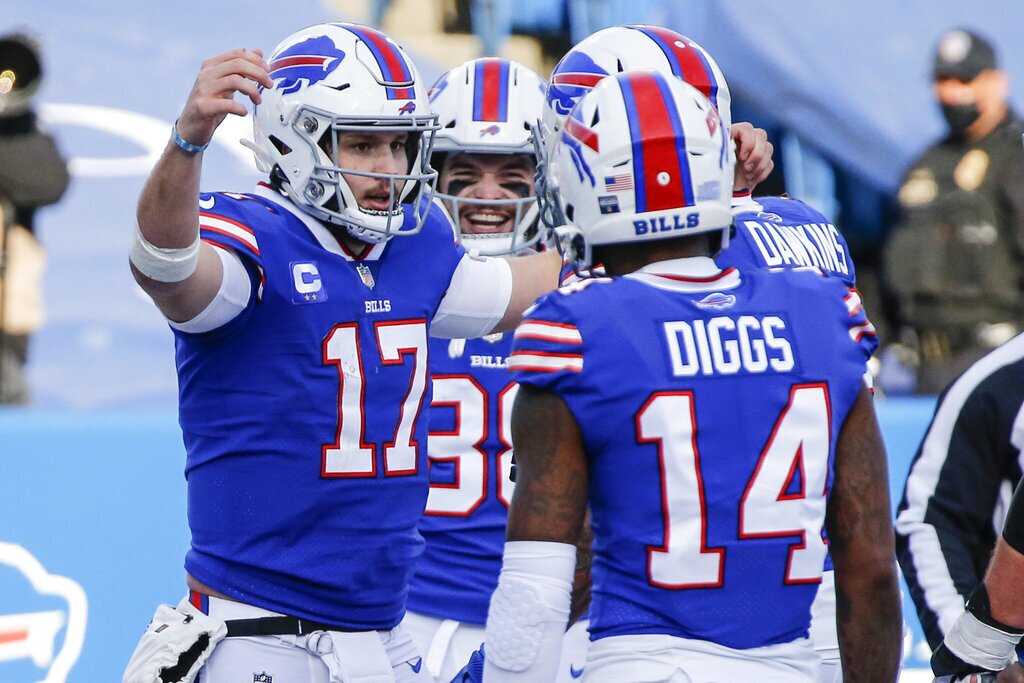 Lamar Jackson will earn the headlines and deservedly so, but hats off to the Ravens defense for holding Derrick Henry in check, the Titans offense to 12 first downs and only 209 totals yards. Baltimore’s 20-13 win and against the spread cover means the Ravens are 7-0 ATS over their past seven games.

The Colts rallied back from a 14-point deficit to cut the Bills lead to just three, but Josh Allen and Stefon Diggs stepped up when it mattered on offense and Buffalo’s defense allowed Indy to convert just 2-of-5 red zone trip opportunities. Buffalo’s 27-24 victory was their first playoff win since 1995, but fell short of covering the -7 to drop to 11-6 against the spread this season.

Buffalo opened as 3-point home favorites, but that has since ticked down to Bills -2.5 at most online sportsbooks we track. The Ravens moneyline opened at +125, while the point total opened and remains 50. The OVER has hit in 12 of Buffalo’s last 17 games.

The Ravens beat the Bills during the 2019 regular season, 24-17. Lamar Jackson passed for three touchdowns on the afternoon, while Baltimore’s defense held Josh Allen and Bills offense in check. Allen completed just 17-of-39 passes and rushed for nine yards. His leading receiver that day was Dawson Knox who finished with one catch for 37 yards. Buffalo’s overhauled passing game looks much different this season, however.

The Allen-to-Diggs connection is a game-changer week in and week out and while Baltimore’s defense remains a top 10 unit, their secondary can be exposed at any given moment. Again, look what the Browns did to them just four weeks ago. This will no doubt be an entertaining, close contest, but do believe Buffalo has just a little bit more edge heading into this matchup with Allen’s arm the difference.