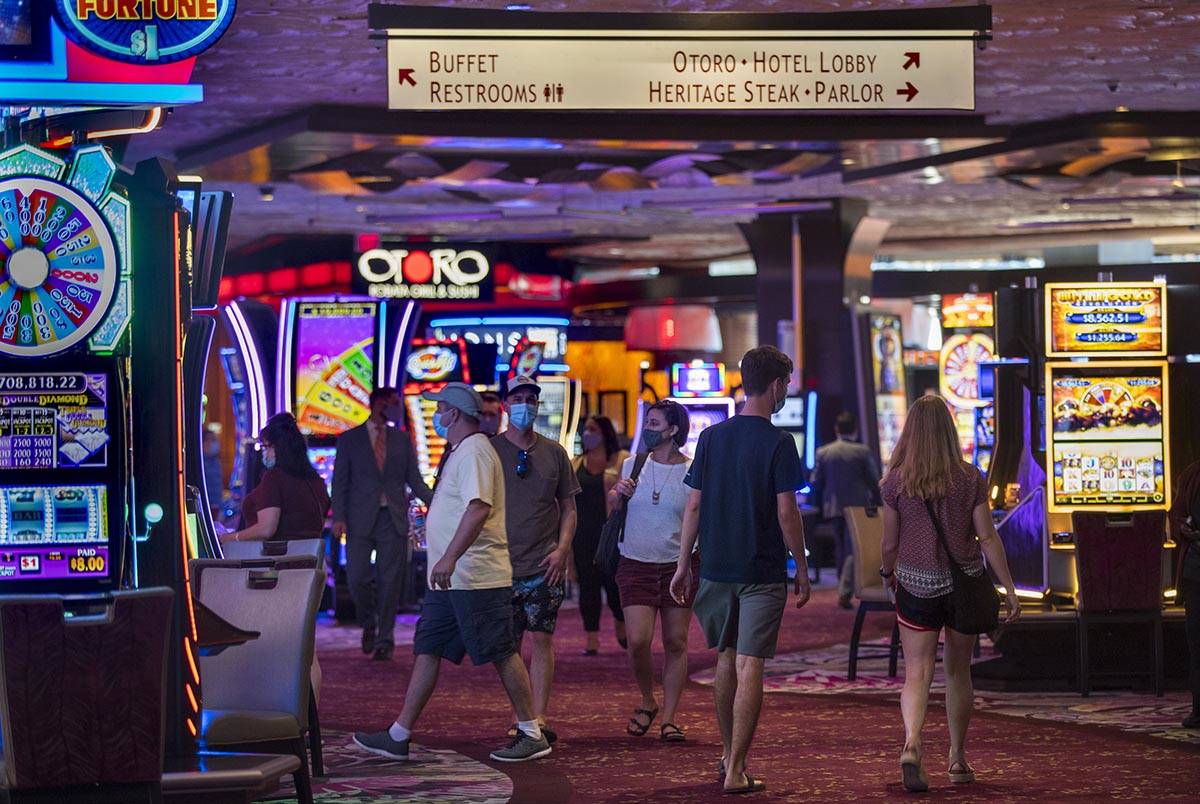 “It has to do with the density of people, the layout of the environment and the way people interact (within that environment),” he said. “People sitting at a table eating without masks is a different interaction than people going in and out of a clothing store. You’re not interacting in the same way.”

Labus described casinos as a social setting, where people are often sitting around card tables within close proximity for long periods of time. Other venues — like indoor malls and grocery stores — often require fewer face-to-face interactions, and visitors tend to be more mobile.

“Any time you’re around people, there’s an increased risk,” Labus said. “At grocery stores, you’re having brief interactions, you’re keeping your distance. With a casino, you’re not doing that. At a blackjack table, you’re in close proximity for potentially more than 15 minutes.”

The tightening of restrictions come as COVID-19 case numbers continue to surge within the state. There were 3,159 cases reported Wednesday, the first time Nevada surpassed more than 3,000 new cases reported in a single day.

Labus said the stricter occupancy limitations in certain sectors should help impede virus transmissions, since the new restrictions are “basically cutting the density of people in half.”

“You’re going to be in close contact with fewer people,” he said.

“A casino and church and grocery store are not the same thing,” he said. “We have to think of the unique ways the virus spreads in each of those facilities.”

Business sectors that had to reduce capacity limits from 50 percent to 25 percent under Nevada’s statewide pause:

Business sectors that can keep capacity limits to 50 percent under Nevada’s statewide pause: