The auction raised a total of $4.6 billion in bids, mainly from the likes of Verizon, Dish Network, Comcast and Charter Communications. Here is the list of the 20 biggest spenders in the auction.

The below auction maps have been supplied to Light Reading by Stephen Wilkus of Spectrum Financial Partners, Moise Advisory and JMA Wireless. Each map includes information on the provider of the data, which is all derived from the FCC’s Auction 105 results.

The below maps cover some general, aggregated information as well as the CBRS holdings of individual bidders ranging from Verizon to T-Mobile to Cox to Comcast to Viaero Wireless to Chevron to Deere & Company, the maker of John Deere tractors.

First, let’s start with the big picture: This map from Moise Advisory shows the aggregated CBRS holdings of the top 10 bidders in the auction. 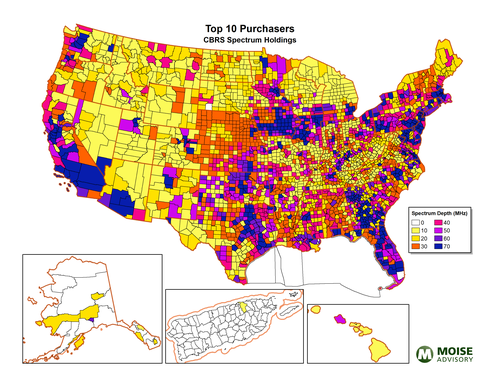 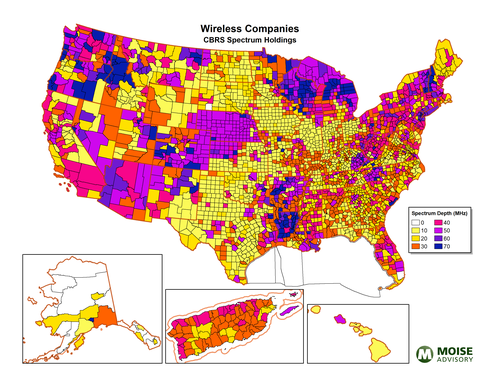 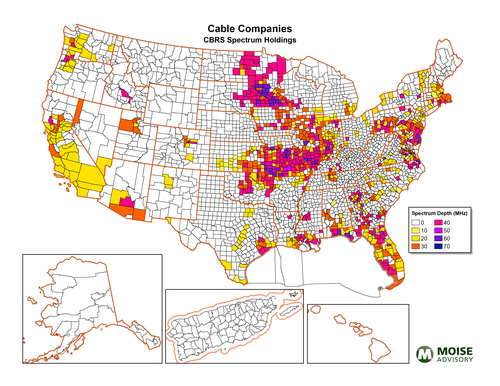 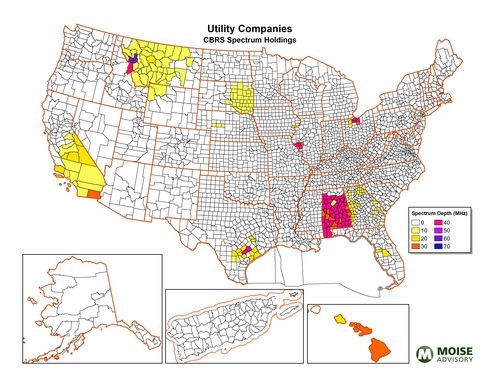 Now let’s look at the individual bidders in the auction, starting with the companies that spent the most. 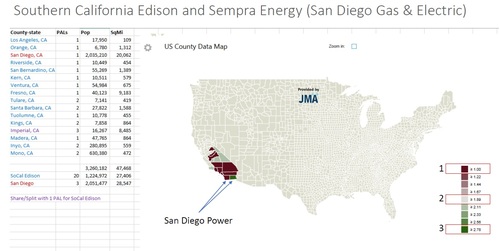 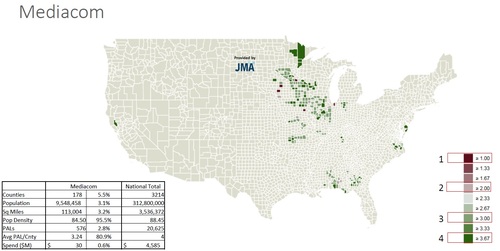 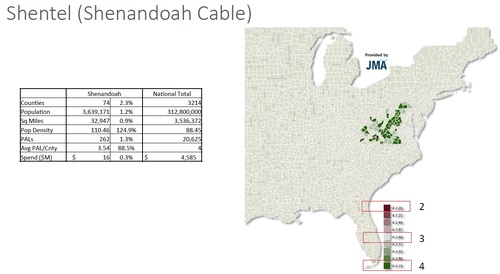 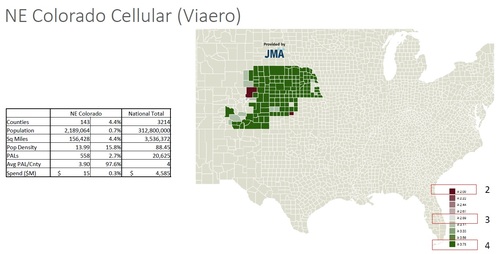 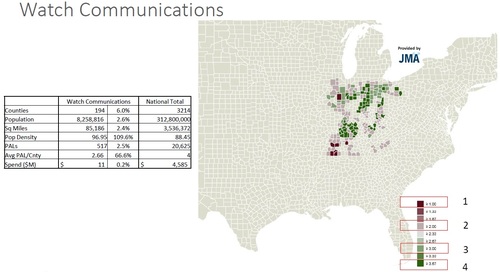 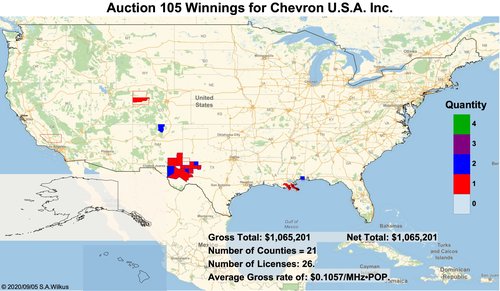 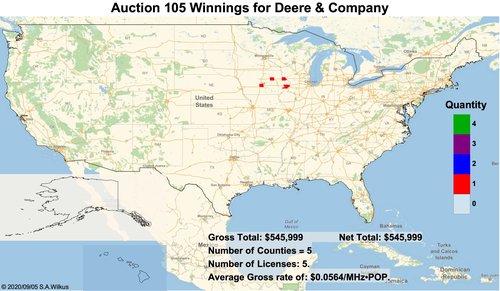 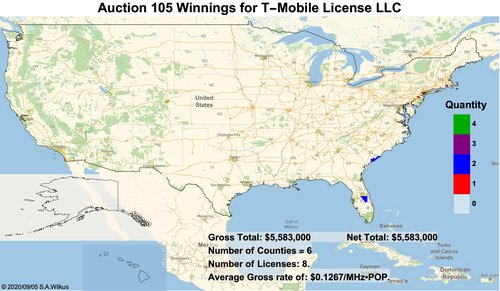 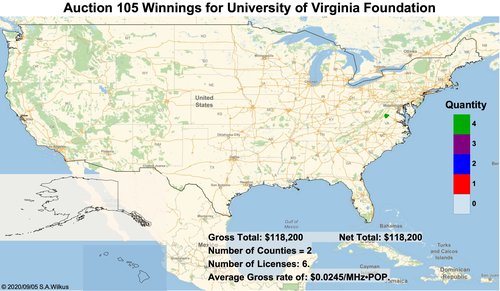