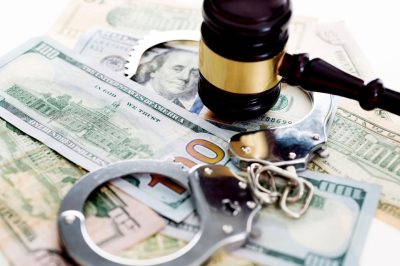 An ongoing investigation into illegal money transactions involving the US and China has ended with a guilty plea from one of the violations suspects.

Fan Wang, a Chinese national, has pleaded guilty to charges of his involvement in the operations that included the facilitation of the exchange of the country’s currency by Las Vegas casinos’ high-roller customers. He is to now head to court to hear a sentence, which is expected to happen at the end of January 2021.

Currently, under the laws in China, it is illegal to convert over $50,000 worth of Chinese yuan into US dollars. On the other hand, US federal laws require a special license for running a money-transmitting business. These limitations are some of the main reasons why Chinese gamblers look for a way to circumvent legislation when they want to spend large sums on gambling.

Mr. Wang seems to have seized the opportunity and got himself into working in collaboration with unnamed casino hosts to be put in contact with the players whom he used to provide with money exchange services. As the investigation found, he would give such gamblers US dollars after they completed electronic transfers of yuan to his Chinese bank account.

According to reports, Mr. Wang was usually introduced to his clients by a casino host who was supposed to make sure that affluent gamblers had been given the chance to continue gambling. As explained above, he would wait for the customers to make an electronic bank transfer of Chinese yuan through a mobile phone and then would give them an equal amount of US dollars to gamble with.

For the past few years, a number of law enforcement departments, as well as the US Internal Revenue Service (IRS), have been investigating allegedly illegal money transfers aimed at facilitating gambling in local casinos. The Chinese national’s guilty plea was one of the four such pleas on similar charges that were made in the past year. Now, he has to forfeit $225,000 as a result of his guilty plea agreement. For the time being neither the amount of money Mr. Wang may have laundered nor his earnings are known.

US Attorney Robert Brewer explained that the series of guilty pleas on such cases shows that people who facilitate the illegal money transfer to and from China will be held liable for their actions because the security of the banking system depended on that.

Recently, an Arizona gambler called Jeffrey B. Miklus was also caught using money that he had withdrawn illegally from his own company to make gambling payments worth more than $1.5 million. The gambler reached an agreement with prosecutors and the IRS that included him making a guilty plea to tax fraud.