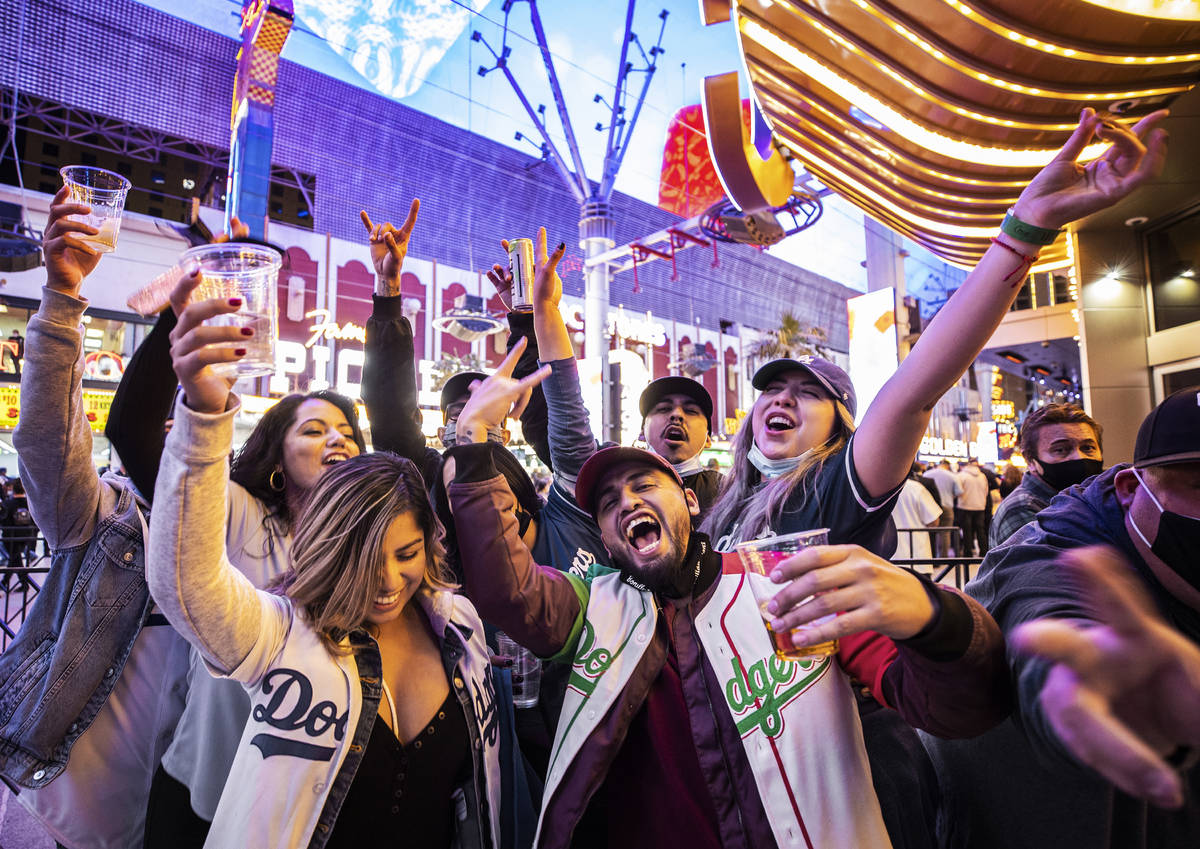 Downtown Las Vegas was abuzz Tuesday night as the clock ticked down toward the opening of Circa, Southern Nevada’s newest resort.

Circa co-owners Derek and Greg Stevens played host to a VIP black-tie party before the resort officially opened.

Related: Everything you need to know about Circa

Entertainers in one of the Stadium Swim pools. #CircaLasVegas pic.twitter.com/HDlBrdyAqt

Celebrities and politicians, including Mayor Carolyn Goodman and former Mayor Oscar Goodman, were out in full force.

Most people were wearing masks, but there did not seem to be a lot of social distancing.

And then, at 12:01 a.m., the doors opened to the property’s first guests and a new era in downtown Las Vegas was born.