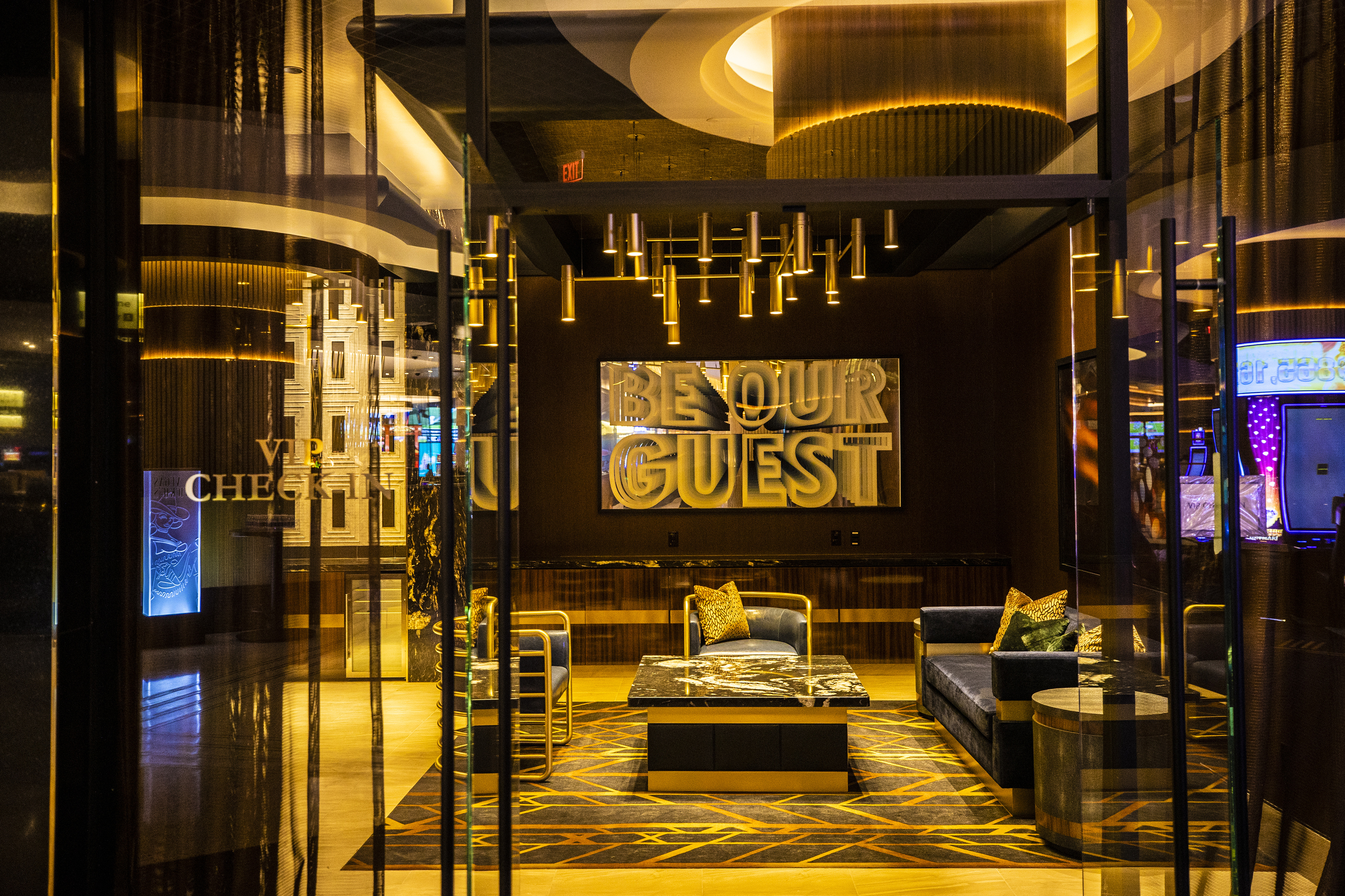 Nods to Las Vegas’ heydays, from the ’20s onward, are scattered across the area’s newest hotel-casino, Circa, just as the property’s name was meant to inspire.

“There’s small design elements from all the eras, and it was really important that we created a space that had elements that people could relate to but also done in a new, kind of exciting way,” said Alice O’Keefe, Circa’s director of design and architecture.

There’s art deco lighting in the high-limit gaming area. Images of gamblers through the decades printed inside the elevators. A casino carpet inspired by prints from the 1970s.

O’Keefe also pointed out the rotating murals behind the property’s front desk. Every three minutes, viewers will see either a still life of gaming paraphernalia, a portrait of Vegas Vickie or a montage piece that combines images of 1930s Fremont Street and Fremont Street today.

There’s also a tile mural behind the Fremont Street entrance. The piece uses custom tiles from a Detroit-based company — the hometown of co-owners Derek and Greg Stevens — and was inspired by other tile murals downtown, including the Four Queens’.

“It’s a beautiful piece … (with) highlights of the past, unique tile installations that you see downtown,” she said.

One of the design elements hardest to miss is Vegas Vickie, the renovated neon kicking cowgirl. O’Keefe described her as “larger than life.”

The design team had long discussions on where to place her in the property and debated having her inside at all. Now, Vickie’s found a place to kick back — literally — near the property’s casino.

“There was a cohesion because she’s this vintage sign in this new, shiny casino,” O’Keefe said. “Her being here as a backdrop to the main entrance and above Barry’s (Downtown Prime steakhouse) and being able to see her from the second level, it all culminated and came together really nicely.”

O’Keefe has worked with the Stevens brothers for roughly 10 years, and had her hands in the brothers’ renovation of the Golden Gate and the D Las Vegas’ design.

“It was just really important that we pay homage to everything that came before us (with Circa),” she said. “Downtown Las Vegas is unique. … It was important to create a space that people from the Strip would want to come to, and then also obviously people that are already downtown fans would also appreciate.”