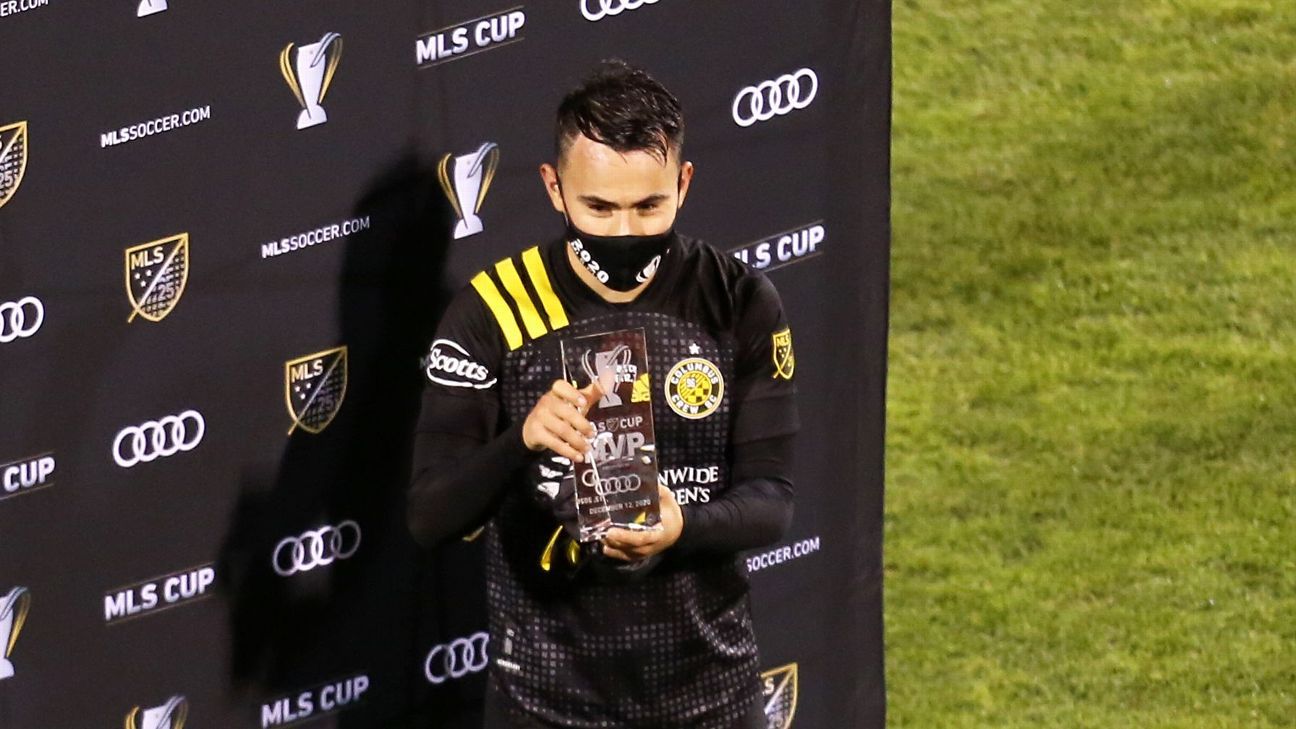 Columbus Crew coach Caleb Porter described midfielder Lucas Zelarayan as “unbelievably special” after the Argentine was named the 2020 MLS Cup’s Most Valuable Player for inspiring their 3-0 victory over holders Seattle Sounders in the final on Saturday.

The 28-year-old playmaker, who arrived from Tigres in the offseason in a deal worth a reported $7 million, opened the scoring in the 25th minute when he fired a low volley past Seattle keeper Stefan Frei.

He then turned provider for the second goal, finding Derrick Etienne in space, with the Haitian winger unleashing a curling effort past Frei into the far corner.

Zelarayan netted his second in the 82nd minute after neat wing play from Luis Diaz to become the second player in MLS Cup history to be involved in three goals in a final after the Crew’s Guillermo Barros Schelotto in 2008.

“I’ve coached good players before but this guy is unbelievable,” Porter said of Zelarayan, who is the third Argentine to win the award after Schelotto in 2008 and Portland Timbers’ Diego Valeri in 2015.

“We shared a great moment after the game. He told me I changed his life. And I told him he changed my life.

“I brought him here to win championships. He seemed to be looking for something new to stimulate him. A lot of time I’ve seen guys are cutthroat, they sell their souls a little and lose their way. But he came here and I think he looks like a new man.”