Damian Salas has already done his part in reaching the heads-up portion of the WSOP Main Event. He now awaits his foe, as he shoots for a world title. 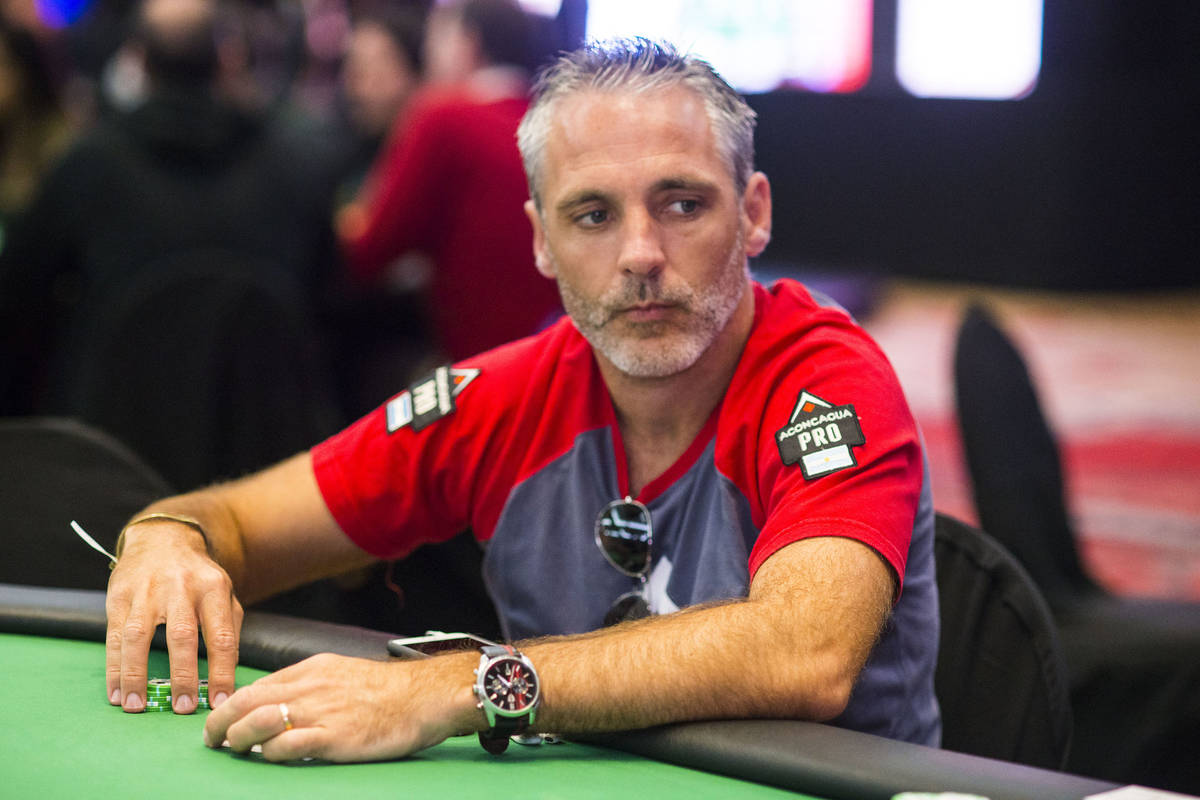 Damian Salas has an opportunity to avenge a past defeat. (Image: Las Vegas Review-Journal)

Despite having won the GGPoker WSOP Main Event portion, the Argentinian still isn’t poker’s world champion. Salas will await the winner of the WSOP.com Main Event final table, which is set to be played on Monday at the Rio in Las Vegas.

He will then compete for an extra $1 million against the WSOP.com final table winner. Whichever player wins that heads-up match will earn the bracelet and the title of 2020 poker world champion.

This year’s World Series of Poker in Las Vegas was canceled due to COVID-19. Caesars moved the WSOP to the internet — GGPoker and WSOP.com — for an 85-event bracelet series over the summer. But no world champion was crowned. So, the WSOP created a hybrid online-live version that is now just a few days away from completion.

Who Will Damian Salas Face?

Damian Salas, who defeated Bruno Butteon heads-up at King’s Casino, has an opportunity to avenge a past defeat. In 2017, he came just inches shy of winning poker’s most prestigious event. He was eliminated in seventh place for $1,425,000. Scott Blumstein, instead, took down the coveted gold bracelet.

This year, he’d like to get over the hump and earn a spot in poker history. But he’ll likely have to earn it against a tough opponent. There are nine players remaining in the WSOP.com leg of the 2020 WSOP Main Event. That includes a three-time bracelet winner, Upeshka De Silva and Gershon Distenfeld, a wealthy investor who is donating his Main Event winnings to charity.

There won’t a live-stream for the WSOP Main Event final table available. But ESPN is televising the tournament and it will air, in an edited version, in February. Long-time ESPN poker commentators Norman Chad and Lon McEachern will be in the booth for the 18th straight year.