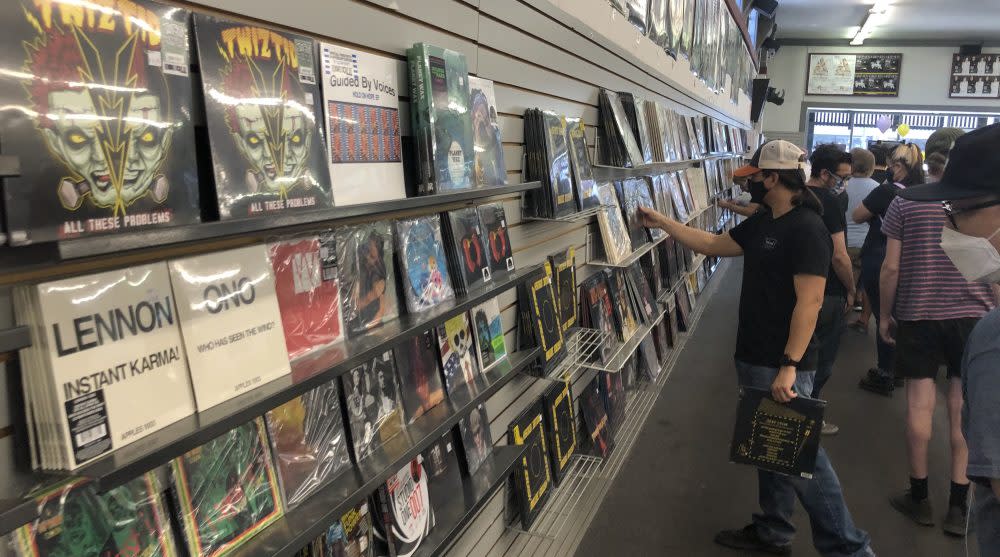 Despite the COVID-19 pandemic, revenues for recorded music increased in the U.S. in the first half of 2020, according to the Recording Industry Association of America’s mid-year report. A 24% growth in streaming subscriptions and a 14% boost in streaming revenue offset revenue declines in other areas of the market.

At the same time, with advertising markets slowing across the economy due to the COVID-19 pandemic, growth in ad-supported streaming revenues slowed dramatically. Physical sales, including vinyl albums and compact discs, were also affected by the pandemic and fell 23%.

Streaming music revenues grew 12% to $4.8 billion in the first half of 2020. This category includes revenues from subscription services (such as paid versions of Spotify, Apple Music, Amazon, and others), digital and customized radio services, including those revenues distributed by SoundExchange (like Pandora, SiriusXM, and other Internet radio), and ad-supported on-demand streaming services (such as YouTube, Vevo, and ad-supported Spotify), according to the report.

Advertising supported on-demand streaming music revenues (from services like YouTube, Vevo, and the ad-supported version of Spotify) grew 3% year-over-year to $421 million in the first half of 2020. This category had grown by double digit percentages in previous years, but was significantly impacted by broader advertising declines due to COVID-19. Revenues from the category grew similar to historical rates in Q1 2020, but for Q2 reflected a double-digit percentage decline versus the same period the prior year.

Revenues from digital and customized radio services grew 6% year-over-year to $583 million in the first half of the year. The category includes SoundExchange distributions for revenues from services like SiriusXM and internet radio stations, as well as payments directly paid by services, included in this report as “other ad-supported streaming,” according to the report.

Revenues from physical products for first half 2020 were down 23% year-over-year to $376 million. There was a significant impact from music retail and venue shutdown measures around COVID-19, as Q1 2020 declines were significantly less than Q2.

Revenues from vinyl albums increased in Q1, but decreased in Q2, resulting in a net overall increase of 4% for the first half of the year 2020. Vinyl album revenues of $232 million were 62% of total physical revenues, marking the first time vinyl exceeded CDs for such a period since the 1980s, though it still only accounted for 4% of total music recorded music revenues.

Digital download’s share of the market continued to decline, with the category’s share of total revenues falling from 8% to 6%. Revenues of $351 million were a 22% decline versus the first half of 2019. Individual track sales revenues were down 27% year-over-year, and digital album revenues declined 18%.

RIAA Chairman and CEO Mitch Glazier said, “These are historically difficult times: the live music sector is shut down; studio recording is limited; and millions of Americans are out of work across the broader economy. While we’re pleased that the years of hard work and resources we’ve invested in streaming are driving growth in paid subscriptions, today’s report demonstrates just how much work remains to achieve a sustainably healthy music ecosystem for both music creators and fans. We must continue working to help sustain live music and venues, support gig workers and session musicians, and ensure fair pay for music on all digital platforms. Despite all the challenges from the pandemic, one thing clearly hasn’t changed – fans still love music.”

Throughout 2020, RIAA and its members have worked for measures supporting those parts of the music community most deeply affected by the COVID-19 pandemic, such as the landmark CARES Act, the RESTART and SOS Acts (to keep local venues alive), and legislation to solve the “mixed earner” issue that limits the reach of unemployment assistance for independent artists and session performers.