When you reach the final table of a live tournament and your initial investment could be turned into five-figure prize money, whichever place you finish should leave you with a feeling of pride. 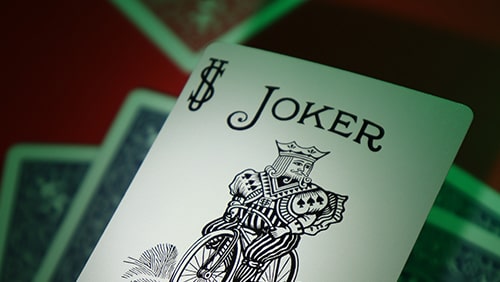 What it probably shouldn’t do is leave you with $1,600 in cash and an amount of silver which you’ll need to then trade to convert back into readily usable funds.

Thanks to Chad Holloway at PokerNews, this story might be one of the oddest of the year so far in poker.

The Midway Poker Tour kicked off on Friday, with their $1,100 yielding 266 entries, not bad figures during the global Coronavirus pandemic. With a charity partner in ‘4 K.I.D.S. Sake’, the 31 players who made it to the final day on Sunday were guaranteed $2,300 for their efforts. What they weren’t guaranteed, however, was to receive all of their winnings in good old American greenbacks.

It quickly transpired that of the minimum payout at that stage, only $1,600 could be awarded to them in immediately tradeable currency, i.e. dollar bills. According to the Charitable Gaming Act of the Illinois state area, all other amounts could be paid in precious metals.

That’s all very well, you might think, for anyone playing it straight up for the prizes detailed, but what about final table deals… and when would the silver trader be turning up?

Apart from this being the worst missed opportunity to be a silver trader since Judas Iscariot cashed out early in the Garden of Gethsemane, players were left seriousl confused, with charity workers left to do tournament directors jobs, no-one agreeing to either a deal or calling the authorities for fear of any remaining prizes being seized.

Nothing to do except play on for the lot and get ready to queue up for a bag of silver. It’s a little like poker if it had been around when the Comstock Lode was discovered atop a lonely mountain in Nevada’s Virginia Range. No holds barred action and some very heavy pockets. It really does lend credence to the oft-trotted yearning for final table players to wear suits, although ‘of armour’ hasn’t often been suffixed to that want.

The initial plan had apparently been to have gold on hand – yes, don’t worry fun-fans, the original idea still included the trading of precious metals after a live poker tournament – and a trader on hand to buy it back, hand out the next nuggets and repeat the process.

Can you imagine the scenes if this had actually happened?

We’re loving the idea and don’t think poker tournaments should stop there. This tosses the idea of a ticket into another main event right into the mineshaft. From now on, the winner of all live poker events should be awarded a live goat and three randomly generated precious gems to trade with any late-night revellers they might meet outside the casino at 2am.

As it transpired, all the players continued to show remarkable ability in the face of such ludicrous circumstances. Far from it descending into madness, shots, blind-flips and prop bets, the game played out without a deal and therefore there was more on the line. Not more money, but some precious metals. Nothing says poker bravado like texting the WhatsApp group to inform your backer that you’ve been awarded for a tradeable precious metal with which to enter the stock market during a global pandemic.

What’s perhaps even better about the entire situation is that some locals knew of this process – those sporting gold teeth and heavy chains around their necks, presumably. Others from outside Illinois must have felt like they’d wandered into an episode of Ozark, only without getting to enjoy a Marty Byrde put-down.

According the PokerNews report, ‘Terence Shiel of the state Attorney General’s office paid a visit to ensure the prizes (the precious metals) were actually on-site and accounted for’. Players were then given the contact details of someone prepared to trade their prize into actual money.

Sadly for those players, no such person arrived to perform that operation.

You could make this up, but Hollywood would reject it as a CGI fairytale. Midway Poker Tour owner and founder Dan Bekavac, unsurprisingly one of the many MPT people who happened not to be floating around the venue come final table time, issued this statement on social media:

“I would like to start by first apologizing to Jason Trezak, Jeremy Smith, Eric Anderson, and Chad Holloway and to anyone else I may have missed and try to set the record straight with everyone.

I busted my ass trying to bring live poker back for the players. I spent upwards of $55k of my own money getting this set up with the charity 4 KIDS Sake.

We were informed on Saturday that we could not have a gold buyer on property to buy gold prizes, I suggested paying the $1,600 maximum “cash” payout and give a certificate to pick up gold the next day at a coin dealer. If players were from out of town have it shipped to them securely the next day.

This isn’t the option that was chosen. It was decided that silver would be purchased by a supplier at $35 per ounce or $11 overvalue per ounce. This was not my decision. Players are still being paid out. Just not as much as expected due to overpaying for precious metals.

I’ve spent a lot of money to bring this event to the players and will not receive one single penny back. I lost a ton of money trying to put this event together for everyone and had it blow up epically in our faces.

We had last-minute changes that were sprung on us that were completely out of our control. I truly wish it could have turned out better but I did not and will not receive one dollar in compensation for everything that was purchased, rent expenses, security, advertising etc.

So, if you think this was what I intended, I left this morning to try and seek a better option that didn’t pan out. Again, there was absolutely nothing I could have done differently, and would like to personally apologize to the players that were affected by the payout differences. I’ve attached the screenshot of my suggestions to correct this issue last night, as well as the card of the attorney general that would not allow the gold buyer on-site.”

For Bekavac to actually use the sentence ‘I left this morning to try and seek a better option that didn’t pan out’ without thinking of the relevance to panning for gold is one thing, but for Holloway not to refer to it shows extreme self-discipline we’re not restricted by here. Why didn’t Bekavac say the whole experience ‘took the shine’ off the event before offering to ‘polish off’ any issues players had?

The Charity ‘4 K.I.D.S. Sake’ were hardly to blame for benefitting from the MPT’s generosity, indeed, the Charity themselves were present at the final day of the event, which is more than can be said for many others who might have been able to help by the sounds of it.

Essentially, players were paid out in silver at a price no-one could buy it back from them at. If you’re not an experienced barterer with precious metals – unsurprisingly an uncommon trait in poker players – then it really was a big problem.

In the end, that’s exactly what it reamined. While no-one could really be expected to celebrate long into the night with champagne – the temptation to whip out the small bag of silver and start crumbling it onto the bar as payment would have been overwhelming, would it not? – players did eventually play it out, honestly and earnestly over several more excruciating-sounding hours.

Renato Spahiu was the tournament winner, taking gold – ahem – when he eliminated Satoshi Tanaka heads-up to condemn Tanaka to the silver-medal position.

We look forward to the Midway Poker Tour returning, even if they have to go one of two ways. The first is obvious – work out a way to pay out all prizes in cash like virtually every live poker tournament in history. The second is far more fun, and that would be to mix it up. A new family pet, a duck-down duvet set and a microwave combi oven added to first place? What a final table that would be to report on.

Here’s how the final table played out, after some of the most chaotic scenes seen in poker this year, and we include the World Series of Poker in that.