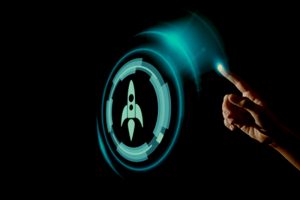 Gaming and hospitality giant Hard Rock International is looking to tap into the lucrative online casino and sports betting sectors with the recent launch of its Hard Rock Digital arm.

The company said that Hard Rock Digital is a joint venture with top industry talent and will serve as its and Seminole Gaming’s exclusive vehicle for interactive gaming and wagering in the US and internationally.

Mr. Ashkenazi is set to join Hard Rock Digital in 2021. This year, the long-time gambling industry executive briefly served as a non-executive director of Flutter Entertainment after the Irish gambling giant acquired The Stars Group. Mr. Ashkenazi was CEO of The Stars Group from 2016 until its sale to Flutter.

Hard Rock Digital’s management team will report to an independent Board of Directors for the company. It will be chaired by Hard Rock International Chairman Jim Allen. The newly formed digital gambling operation will be based in Hollywood, Florida.

Outlining its plans for its new digital arm, Hard Rock said Monday that it will broaden the gaming and hospitality giant’s digital business and will enhance customer experience across the company’s online gambling offerings.

Hard Rock’s Chairman, Mr. Allen, further noted that Hard Rock Digital will also pursue “strategic branding and distribution opportunities” both in the US and across the globe.

Hard Rock Digital will benefit from Hard Rock and Seminole Gaming’s extensive database that comprises over 130 million customers and boasts footprint of just under 250 land-based venues in 76 countries to deliver omni-channel offering for online casino-style gaming and sports betting.

Hard Rock is launching its digital gambling division just as the US sports betting industry is about to see further growth in the coming months after five more states legalized athletic gambling during the November ballot.

Commenting on the new digital gaming and betting business, Hard Rock Digital CEO Marlon Goldstein said that they are honored to be joining forces with Hard Rock on this new venture. The long-time gambling executive went on to say that Hard Rock “is consistently at the forefront of innovation and vision in the gaming industry” and that its casinos, hospitality, and entertainment venues are “iconic worldwide.”