Mark O’Haire (MO): It was refreshing to see Atalanta show Europe what they’re capable of at Anfield in their 2-0 win, albeit with the caveat that Liverpool fielded a weakened team.

Mark Stinchcombe (MS): No. But apart from Bayern Munich 4.03/1 we haven’t really seen anyone look that good in the competition yet.

KH: I picked out Real Madrid at the start of the season. They’re 20.019/1 on the Exchange but they were impressive in winning against Inter this week.

MO: Real Madrid are excellent in possession. But Inter were very poor and have capitulated in their games in the group.

MS: I’m surprised to see Chelsea 19.5 as sixth favourites. They may not even win their Group. I prefer somebody like Dortmund. I also think Borussia Monchengladbach 80.079/1 are one to keep an eye on if they win their group. Their match against Madrid will be fascinating.

MS: Both teams to score – No is 20/23. These two are comfortable in mid-table and I wouldn’t expect them to risk too much. They’re both bottom four for shots per game and bottom three for possession. Palace will be without Wilfried Zaha so they will miss the chances he creates. I’m backing ‘no’ at 23/20 in the market on both teams to score.

MO: Brighton are a decent team and can still finish mid-table. But they tend to come up short against the big teams. Liverpool are missing players but they proved last weekend that they’re still exceptional. Mo Salah is back and I expect Firminio to play. If you back Liverpool to win and over 1.5 goals you get close to 1.84/5 which is very fair.

MO: Leeds have an opportunity here because Everton’s defence is not up to scratch. This could be the most entertaining game of the weekend. Both teams to score has landed in 11 of 14 Everton matches under Carlo Ancelotti at Goodison Park. I’m looking at both teams to score and over 2.5 goals at about 1.84/5.

MS: I don’t think this will be a goalfest. Tottenham only managed four shots in their win against Man City last weekend. I expect Jose Mourinho to go safety first here. Both sides have been good defensively recently. Chelsea have conceded only two goals in their last eight. I like under 2.75 goals at around 1.910/11 on the Exchange. 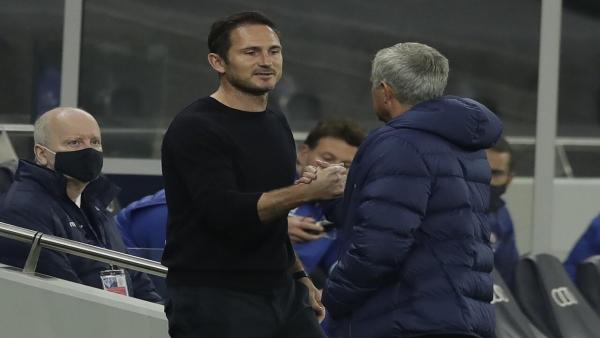 MO: “I’m not surprised that Chelsea are firm favourites. They’re improving in both boxes. There’s more leadership and authority in the team than last year. They have the extra rest, as Spurs play on Friday. Mourinho will try to contain and counter. Harry Kane and Son Heung-min can hurt them. But I am also opposing goals.”

MS: Because the market is basing the price on Arsenal’s long-term reputation. That said, Wolves’ attacking output is not great. These two may sit back and try to counter. Arsenal have a bit more pace on the break so maybe that gives them the edge. If you were having a bet then Wolves + 0.5 goals would be the way to go.

MO: Arsenal lack pace and penetration, they’re averaging only 9.1 shots per game. They’ve improving defensively but Wolves are well capable are picking up a point.

MO: Leicester tend to perform against bottom-half of the table clubs. It’s a great opportunity for them to rediscover winning form. You can bolster the price to around 1.84/5 by backing Leicester and over 1.5 goals.

MO: Roma are playing well under Paulo Fonseca and I fully expect both teams to score and will back that with over 2.5 goals at 1.758/11. Should be an interesting game.

MO: Both teams have plenty of forward potential and not much at the back. I’m surprised over 2.5 goals is available at 1.758/11.

KH: Koln were awful in defeat against Union last weekend and I think Koln will get stuffed here. Erling Haaland will score if he starts, Dortmund will win and there’ll be over 2.5 goals – combined those selections make odds of 1.9620/21.

KH: Another option I looked at was Leipzig half-time/full-time. If Leipzig go ahead I can’t see Arminia coming back.

MO: Leverkusen are unbeaten in the Bundesliga this season and doing well under Peter Bosz. Should be a good game. Both teams to score and over 2.5 goals at 1.9520/21.

MS: Bayern are a bit short in the betting so I’m taking them on with the handicap. Stuttgart are a good mid-table team. Their only loss came on the opening day. They can hold their own here. Bayern aren’t winning by more than two goals regularly. Stuttgart +2 goals gives us a nice safety net here at 1.9110/11.