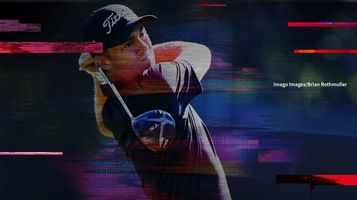 FTNBets is your home for legal sports betting tools, advice, and the latest odds. FTNBets is an official partner of Tipico Sportsbook.

This week, the PGA Tour will head across the country to Bradenton, Fla., for the WGC-Workday Championship, which will be played at The Concession Golf Club. This is the first year this course will host the WGC, so if you’re looking and tournament results from the previous three years please note that those were played in Mexico.

This course is unknown to the PGA Tour, but some golfers in the field will have seen it in 2015 when it hosted the NCAA Championship, won by Bryson DeChambeau (Thomas Detry is also in the field and he placed T3). I’m not convinced this will be any advantage to them, but I found it worth mentioning if you’re fishing for any sort of history.

The Concession is played as a par 72, and close to 7,500 yards. Overhead views show tree lined fairways, water at many turns, and well-placed bunkers. Many firsthand accounts of the course also described extreme undulations and slopes on the putting surfaces. Golfers will want to be sure to be aiming and missing in the right places when approaching the greens in order to avoid knee-knocking lag putts. With going into a course, blind reading golfer press conferences and media sessions transcripts could lead us to some insight into how it will play over the weekend. In general, I’m taking a “less is more” approach this week and did not make any major adjustments to my model.

Below, we’ll take a look at some of the odds from Tipico Sportsbook and attempt to handicap this week’s tournament.

It’s not very often I go through odds boards and find value on Thomas, but Tipico is offering a great number on him this week. In unknown situations of what skills a course will demand, it’s best when you can back golfers who excel across all four strokes gained categories. Thomas is among the best iron players in the world year in, year out, and above average in most aspects of the game. His play has been stagnant recently however one look at his larger profile will show the recent form to be the outlier in his overall game. I project Thomas to be the second-best golfer, tee to green, in the field this week and believe the 20/1 being offered is a solid number.

In early January, before he won the tournament of champions, we were getting English in the 30s. He has cooled off slightly with back-to-back missed cuts, but that should not erase all he had done the prior 12 months. Dating back to early last year, English has played some of the best golf in the world, mixing the rare balance of great ball striking and putting. In a field made up of many of the best golfers in the world, I project only eight of them to gained more than one stroke per round, tee to green, and well as over 0.5 strokes putting, and English is one of them. The weakest aspect of his game is around the green, which he can avoid if his irons are clicking. I think this is another great spot for English to show off and push for a victory.

Get your $250 Bonus with Tipico Sportsbook

Here’s how to claim your offer: