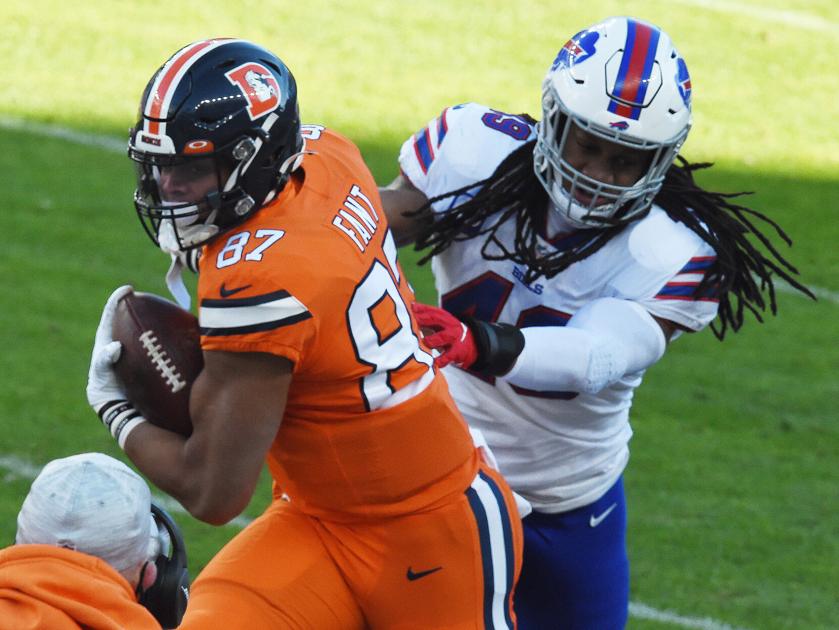 The Denver Broncos head to Los Angeles to play the Chargers on Sunday, with a top-10 pick in next year’s draft on the line. Kickoff between these two eliminated AFC West rivals is set for 2:05 p.m. at SoFi Stadium. The Broncos have lost four of their past five games and are coming off a 48-19 blowout loss to the Buffalo Bills. The Chargers have won two straight games after getting blown out 45-0 against the New England Patriots in Week 13.

The Broncos edged the Chargers 31-30 in Week 8 thanks to 21 points in the fourth quarter. Denver trailed 24-3 midway through the fourth before Drew Lock led them back with three passing touchdowns. They had 83 rushing yards from Phillip Lindsay in that win, but he won’t play this week due to a hip injury.

The Chargers were without Austin Ekeler in that meeting. He’s been a big part of Los Angeles’ last two victories, as he’s averaged 97.6 total yards in his three games since returning to the lineup. Los Angeles rookie quarterback Justin Herbert enters with 27 passing touchdowns and would break Baker Mayfield’s rookie mark with one more. He tossed three in the first meeting.

Denver has won three straight games against Los Angeles and four of their past five matchups. The Chargers are 4-14-1 against the spread as home favorites since 2018, but they’ve played better football than Denver lately and they’ve received better play at QB. The total opened at 50 and quickly dropped to 48.5, but don’t be surprised if you see another high-scoring game in the rematch.

Gordon should flirt with 20 touches with Lindsay sidelined. He only mustered 26 yards on eight carries in his first game against his former team, but he had a season-high seven targets and six catches. Gordon has caught all seven of his targets in his past two games for 43 yards. The Chargers are allowing 5.9 catches per game to running backs (T5). Consider the over on his 70.5 rushing prop as well as he’s racked up 260 yards on the ground over his past three contests.

Fant grabbed seven of the nine balls thrown his way in the first meeting and has 12 catches in his past two games. The Broncos tight end has received 18 targets in his last two games and Darren Waller caught nine of his 12 targets for 150 yards against Los Angeles last week. It was the third time this season a tight end had at least seven catches against the Chargers this season.