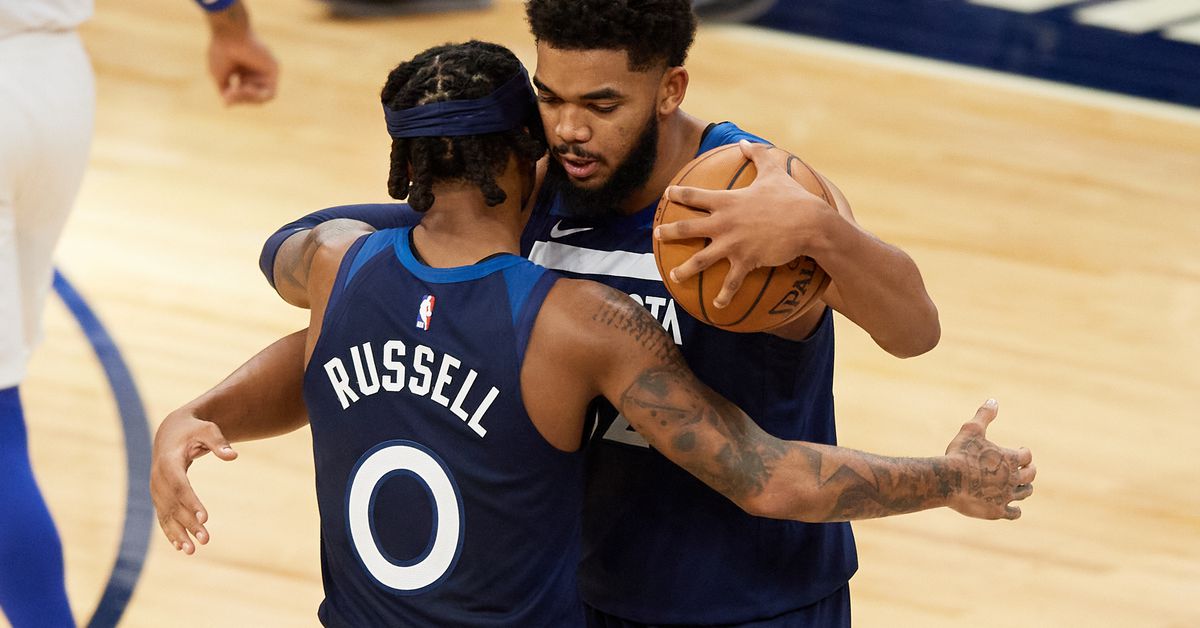 Following an encouraging fourth quarter comeback against Detroit on Wednesday, Minnesota takes the floor for their second game against a dangerous Utah Jazz team. In the past, Utah had a reputation as a defensive juggernaut that could struggle to score in the half-court, but that is not true of this Jazz team.

Over the past several seasons, Utah has slowly traded some of that defensive consistency for more offensive firepower (9th in offense, 13th in defense last year), which was on full display in their opener against Portland, where Utah scored 120 points behind 19 made threes.

Utah is going to swing the ball side-to-side and force Minnesota to defend a ton of PnR between either Mike Conley or Donovan Mitchell with Rudy Gobert. They’re really going to stress Minnesota’s defense at every level, and I would not be surprised to see the Wolves mix in a lot of zone the way they did against Detroit.

If the Wolves play mostly drop coverage tonight, there will be a ton of pressure on the point-of-attack defense to get around the Gobert screen and contest from behind, because Conley and Mitchell are both adept at hitting the mid-range/floater shots that a drop scheme is usually trying to make teams take.

Here’s what I’ll be watching for on the Timberwolves side tonight:

Who will Josh Okogie guard?

Somewhat surprisingly, Josh Okogie guarded Blake Griffin in game one. Will Ryan Saunders have Okogie matched up with Bojan Bogdanovic tonight, or will he give JO the Donovan Mitchell assignment? My common sense would tell me JO would get Mitchell and Jake Layman would get Bogdanovic, but I didn’t expect to see JO on Griffin either. If Okogie does draw Bogdanovic, that will likely put a lot of pressure on Malik Beasley to chase Mitchell around screens.

Can Saunders get KAT more shots?

To put this very simply, I don’t think Minnesota has a chance tonight if Karl-Anthony Towns is fourth on the team in field goal attempts again. The recipe for Minnesota against Utah is KAT bombing away from the three-point line to pull Gobert away from the hoop. Towns can cause a lot of problems if he’s being aggressive from the arc, as Quinn Snyder will be forced to decide if he wants to roll with Gobert being dragged out of the paint, or if he wants to risk a smaller player being forced to bang with Towns in the post. He’s a real matchup problem for them. The Wolves legitimately need Towns to take somewhere between 10-15 threes tonight.

Will Jarrett Culver build on a promising start?

As far as bright spots through the preseason and game one, Jarrett Culver is the brightest by a mile. The second-year player from Texas Tech looks like the player the Wolves thought they were getting in the draft. The improvements to his body and game look real and sustainable. If that’s the case, he’s going to earn more minutes, and would actually make a lot of sense replacing Jake Layman in the starting lineup.

This is pretty simple, just because the rotation was sort of thrown out of whack due to D’Angelo Russell not starting game one. This will be our first look at what Ryan Saunders wants to do throughout a normal game.

Winner of the Day

I included a little bit of gambling fun in my previews during the 2018-19 season as a way to stay entertained during a lost season, and I’m bringing it back this year. Some nights it’ll be a simple spread or over/under pick, some nights it’ll be a fun player prop. Who really knows.

As always, this is merely for fun, and is in no way a recommendation on what to gamble on, or to gamble at all. (If you have a gambling problem, call 1-800-GAMBLER).

To make a long story short, I think KAT will have a big game against Gobert. He’s one of the rare bigs in the NBA who can make the French big man uncomfortable by taking him out onto the perimeter and either letting it fly from deep or taking him off the dribble. In switches, KAT should have a good opportunity to find the open man. His passing is still underrated I think, and if he can stay out of foul trouble I expect the offense to run through him more often than it did on Wednesday. I could see him going over this number on points and rebounds alone, so getting assists in there too provides some nice value.