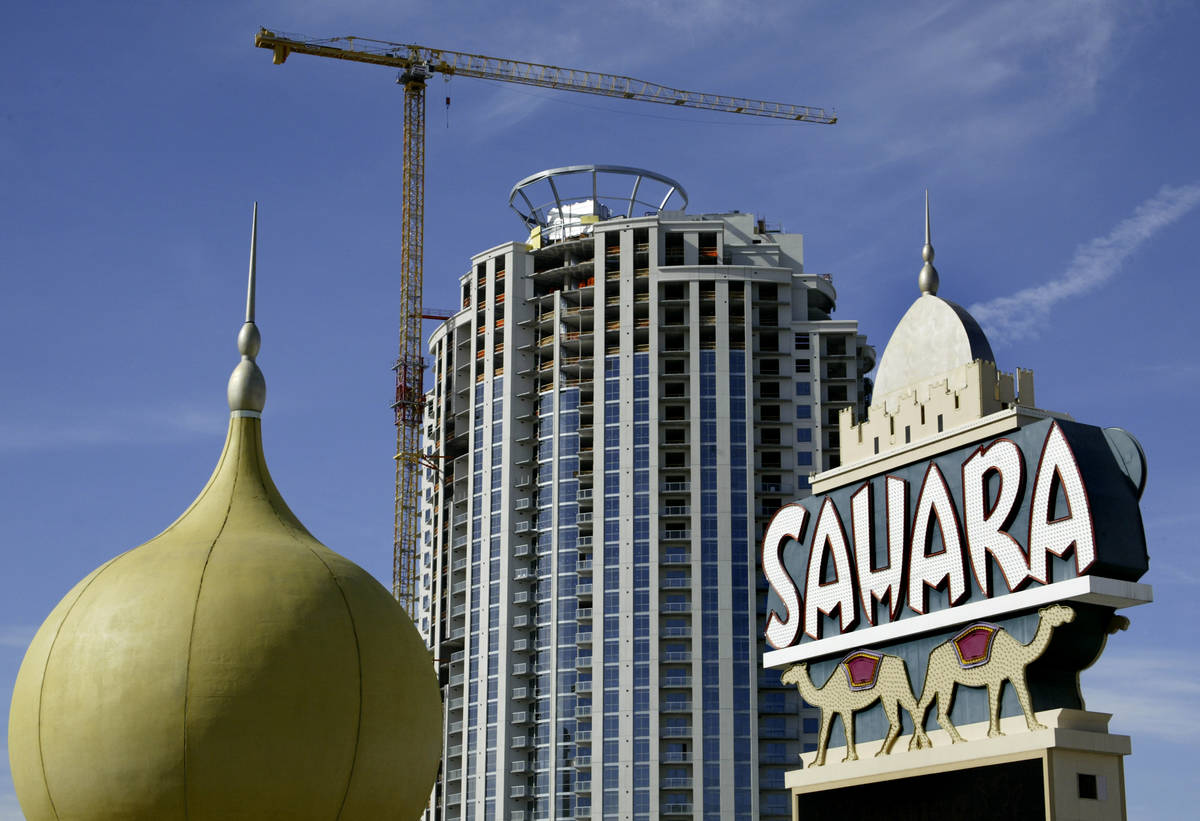 In the summer of 2014, with Las Vegas still hobbling out of the Great Recession, a renovated Rat Pack-era resort gave locals a reason to celebrate.

Hotel and nightclub operator Sam Nazarian held the grand opening for SLS Las Vegas, the renovated former Sahara. Fireworks exploded over the hotel-casino, celebrities including Lenny Kravitz and Iggy Azalea gave the evening some star power, and locals hoped the project would give the sleepy north Strip a jolt of commerce.

Virgin Hotels Las Vegas is scheduled to open Thursday following its roughly $200 million transformation from the Hard Rock Hotel. The 1,500-plus-room property closed in February 2020 for the renovation, though the pandemic quickly turned life upside down and later prompted the owners to delay Virgin’s opening twice.

The two projects have a few similarities. Neither is in the heart of Las Vegas’ famed resort corridor, and they opened — or in Virgin’s case, is about to open — as Southern Nevada clawed back from an economic meltdown.

There are also some key differences between the resorts, and ultimately, the former SLS faced big financial losses, leadership turnover and retail closures all within a year or so of opening.

It was later sold, only to have the new owner scrap its name and dust off the old one.

Richard “Boz” Bosworth, president and CEO of Virgin’s ownership group, told me this week that there were “clearly some lessons learned” from the SLS, “first and foremost” its location.

When the SLS debuted, the nearby Fontainebleau was still a mothballed high-rise with an unknown future, the Las Vegas Convention Center expansion hadn’t been built, and the area was devoid of foot traffic, Bosworth noted.

There is also minimal foot traffic near Virgin, he added, but he believes the resort is “more centrally located” a mile east of the Strip.

He also said the Sahara was an older structure with smaller rooms compared with his resort, and that his group started with “a stronger legacy” of event business.

SBE, the firm founded by Nazarian, did not respond to a request for comment Friday. Stockbridge Capital Group, which partnered with him on the property’s purchase, declined to comment.

A request to interview the resort’s current owner, Alex Meruelo, was declined. A representative said the leadership of Sahara Las Vegas, as the property is now known, is “solely forward looking and focused” on its previously announced $150 million overhaul.

SBE and Stockbridge acquired the Sahara in 2007 for $345 million, securities filings showed. But the real estate bubble soon burst, and with the economy in the gutter, they closed the hotel in 2011, with Nazarian saying the “continued operation of the aging Sahara was no longer economically viable.”

In 2012, the owners announced they had secured $300 million in funding to redevelop the 1950s-era property into the SLS. The roughly 1,600-room resort reopened in August 2014 to big crowds, but issues soon surfaced.

That October, its owners announced that SLS President Rob Oseland would be replaced, as he was leaving to join another north Strip project. (That proposed resort, later named Alon Las Vegas, was never built.)

Stockbridge announced in December 2014 that Nazarian would step back from the SLS’ day-to-day operations. The change came after Nevada casino regulators grilled Nazarian at a hearing over his dealings with an alleged extortion suspect that cost him $3 million, and Nazarian’s admission that he used cocaine during a trip to Mexico that year, which he called a “one-time indiscretion.”

Retailer Fred Segal closed its seven stores at the SLS about a year after it opened, and Nazarian sold his firm’s 10 percent stake in the SLS to Stockbridge, which already owned 90 percent.

In the first nine months of 2015, the SLS posted a loss of $122.7 million, securities filings show. In 2017, a group of investors filed a lawsuit alleging the SLS had never turned a profit and was on the “verge of bankruptcy.”

Meruelo, who reached a deal to buy the SLS before the lawsuit was filed, closed his purchase in 2018 for an undisclosed sum.

He changed the name back to Sahara Las Vegas in 2019. As if to make sure there was no confusion about its break with the recent past, work crews demolished the “Sam by Starck” statue out front, tearing down the homage to Nazarian in a spectacle with fireworks and flames.