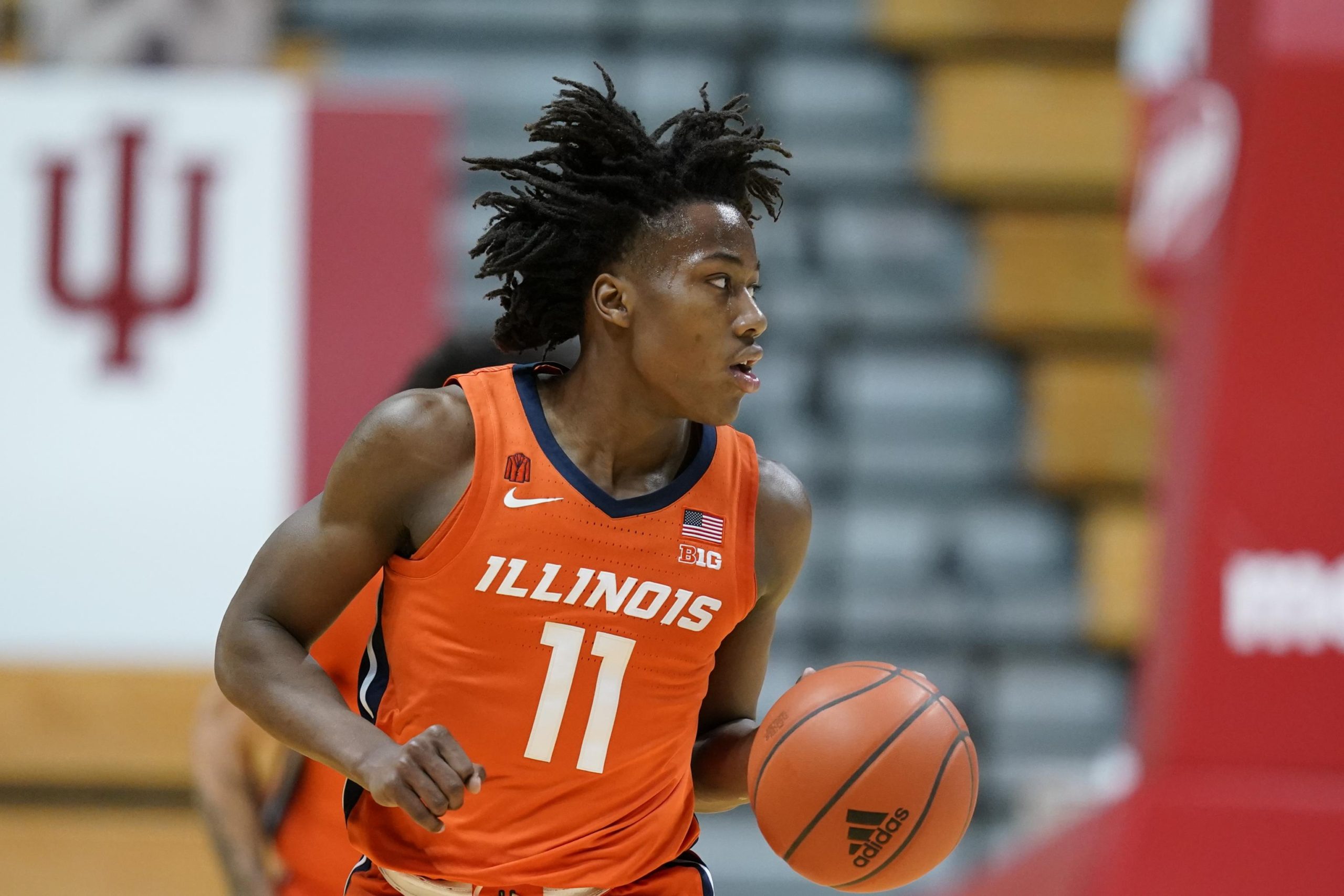 The Big Ten regular season will end Saturday with another showdown – No. 4 Illinois against No. 7 Ohio State. The conference season was dominated by Michigan, which ran wild over its opponents until the Illini completely dismantled the Wolverines earlier this week. It was the 10th win in 11 games for Illinois which essentially played its way into a No. 1 seed in March Madness with the win over Michigan.

Ohio State had a nice streak of its own winning seven straight but ran into a gauntlet of high quality opponents – Michigan, Michigan State, and Iowa. The Buckeyes lost all three and are in desperate need of a victory prior to the Big Ten tournament. In the latest Bracketology, the Buckeyes are still a No. 2 seed, but could find themselves a No. 3 or even a No. 4 with another loss and a poor showing in the conference tournament.

The two teams played earlier this season in Illinois. The Buckeyes were a seven-point road underdog. E.J. Liddell, the team’s leading scorer, went off for 26 points and led Ohio State to an 87-81 victory. The loss would be the second straight for Illinois which had lost a previous game to unranked Maryland.

Illinois point guard Ayo Dosunmo led the Illini with 22 points and 7-footer Kofi Cockburn added 15. Dosunmo did not play in Illinois’ win over Michigan and may miss the final game with Ohio State. In Dosunmo’s absence, Trent Frazier and Andre Curbelo stepped up. Frazier, a 6-2 senior, had 22 points and Curbelo, a freshman, added 17 in the win over the Wolverines. Should Dosunmo not play, both will play key roles against the Buckeyes.

Illinois has been especially good to bettors recently. Not only have the Illini won three straight; they have also covered in three straight. What’s impressive about the Illini’s performances is that they covered in back-to-back games as a road underdog at Michigan and at Wisconsin. You have to like their chances on the road in Columbus given their past road success.

Both teams trend toward the Over. It makes sense since the Illini are one of the top scoring teams in the nation averaging 81 points per game. Ohio State ranks in the top third of the nation in scoring at 77.2 points per game. Not surprisingly, the Over-Under record for both teams is 14-10-1 for the season.

The Over has hit in four of Illinois last five games. Ohio State was held well below its season average in its last two games, consecutive losses to Michigan State and Iowa. As a result, both games went Under the posted total.

Interestingly enough, the total has gone Over in four of the last six Ohio State-Illinois games. That would include the earlier meeting this season when the two teams totaled 168, which was well over the game total of 145.

With Illinois’ big win over Michigan earlier in the week and Ohio State’s recent three-game losing skid, bettors should expect the fourth-ranked Illini to be favored over the Buckeyes. When the two teams met in January, Illinois was a seven-point home favorite.

The line may not be that high as the Buckeyes will be at home in Value City Arena in Columbus where they have had their fair share of success this season. Ohio State is 11-3 at home. Two of those three home losses were the defeats to Michigan State and Iowa.

Ohio State does have a slight advantage against the spread when facing the Illini. The Buckeyes have covered in six of the last ten meetings between the two teams. That is where the value is at in this one. The Buckeyes playing in their final home game of the season desperately needing a win will be a home underdog. They will play well enough to win and, even if they don’t, they will keep this game close enough to get the cover. Play the Buckeyes down to +3.

NCAAB Free Pick: OHIO STATE down to +3
Check the best online sportsbooks to see what line they are currently offering