If you’re been spending time with cryptocurrencies at all and have delved into the online communities in forums or on Reddit, you’ve likely come across Dogecoin. While it might look like a meme to many (it is), it’s actually a real, functioning cryptocurrency. Recently, it finally crossed the one-cent barrier before pulling back about 10 percent. Is now a good time to get into Dogecoin and invest or is this just a gimmick? Let’s take a closer look at what it is and whether it is worth your money.

Although many people seem to think of Dogecoin as a meme (it is), it’s also actually a real cryptocurrency. You can tell that they’re very tongue-in-cheek as the official description says that Dogecoin “is an open source peer-to-peer digital currency, favored by Shiba Inus worldwide.”

Sure, dogs aren’t actually sending money to each other (at least not yet) and yes, the Shiba Inu as the main logo makes the project look more funny than serious, but it is, in fact, a real cryptocurrency.

It tends to get used as the No. 1 altcoin when people are sarcastic about altcoins. For example, if someone says they’re looking for “altcoins to pop”, they might then joke about investing in Dogecoin right after. 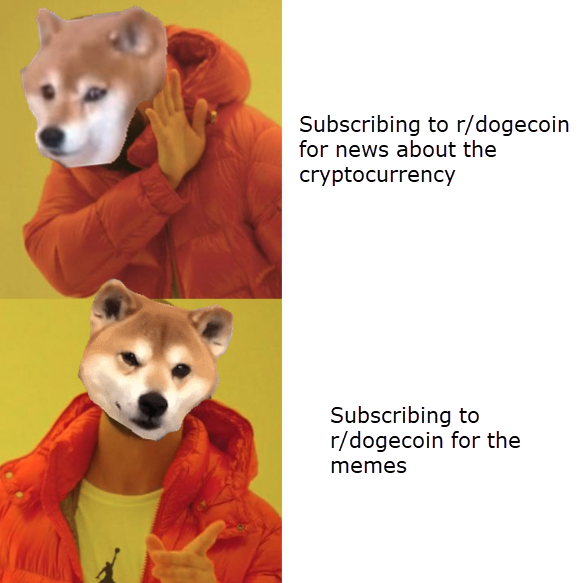 It’s become such an ongoing meme that people are actually buying the coin and using it. A lot of people and companies who “get the joke” will allow you to pay or tip in Dogecoin. Even Elon Musk has frequently joked that he’s the former CEO of Dogecoin and posted several memes about it.

All in all, that’s actually helped raise the cryptocurrency’s price.

What Does Dogecoin Do?

One of the people who are new to crypto don’t realize is that each coin is actually a project with technology behind it. For example, Bitcoin is, of course, a way of transferring money but it’s also a form of currency that is linked to a blockchain. There’s Ethereum, which deals with contracts, and Monero, which is a coin that offers complete privacy and anonymity.

At last check, Dogecoin is the No. 34 cryptocurrency in terms of marketcap as it’s worth well over $1.1 billion. The daily volume for trading is quite healthy too as nearly $260 million of it is moved per day.

There are two main things to consider when it comes to cryptocurrencies. For one, how high will the market go collectively? And two, how high will Dogecoin go on its own?

To answer the first question, it’s tough. Many people feel that Bitcoin has a long way to go. In other words, there’s still plenty of room to the upside. If it does, in fact, reach the targets of the hundred thousands or even the millions, then the rest of the cryptocurrency market is likely to move up along with it. Of course, Bitcoin is the industry leader right now and there could be a time where altcoins like Dogecoin and others don’t join in the bull runs. Many feel that altcoins will start to consolidate and some of the useless projects will disappear.

Secondly, the question with Dogecoin is how high will it go on its own? The challenge here is that Dogecoin is more of a gimmicky meme than a great currency, but many people do, in fact, use it as a currency – regardless of how efficient or technologically sound it is. That will keep it afloat for a while. It might be a novelty item but with guys like Elon Musk tweeting about it, that will only help.

In terms of a target price point, it seems reasonable to think that Dogecoin will once again cross the one-cent barrier. At last check, it’s at 0.00904 and one cent is the goal for many who own the currency. As part of the memes, many joke that it’s going to the moon whenever it moves up and approaches the penny mark. That being the case, if you’re looking for a short term investment, it does make sense to buy now and have an exit point when it hits the penny mark.

In terms of whether to hold it in the long run, who knows. There are probably sounder cryptocurrencies to own like Bitcoin and Ethereum, but Dogecoin is a popular in the community, so it’s not going away anytime soon.

Will It Be Used By Online Casinos?

One of the main realms where cryptocurrencies have been adopted with ease has been the online gaming space. It’s such a logical marriage as players love depositing and withdrawing using crypto, and so do the casinos. That’s because the fees are low, the transactions are really fast and there is virtually no red tape.

For the most part, most shops take Bitcoin, Ethereum and a slew of other cryptos, but don’t be surprised if you start seeing Dogecoin pop up as an option. For the most part, casino offer the coins that are common and nothing is stopping them from allowing Dogecoin. If people want to deposit and withdraw with it, there is virtually nothing that has to change from the casinos perspective – if they’re already accepting other cryptocurrencies.

A number of well-known brands around the world are accepting Dogecoin as payment such as Strange Donuts (a shop in St. Louis), Meltdown Comics (a store in California) and clothing brand Fyrstikken. It’s only a matter of time before the online casinos open up their doors to Dogecoin too.