NVIDIA (NASDAQ:NVDA) has remained unaffected by the novel coronavirus pandemic, and two of its biggest businesses have even turned out to be beneficiaries of lockdowns and shelter-in-place orders enforced across the globe to contain the spread.

The graphics specialist’s data center business has come into its own amid the COVID-19 outbreak as data center operators had to upgrade their capabilities to support the increase in remote work. And this is just one of several ways that people staying at home have given NVIDIA a shot in the arm. 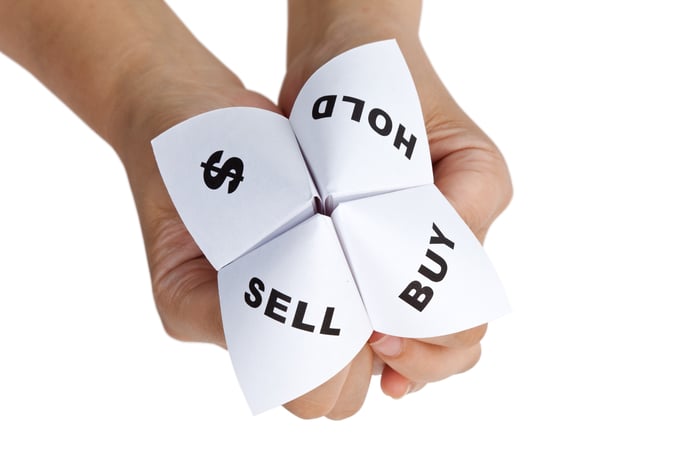 The video gaming business is booming

The video gaming business, which accounted for more than 43% of the total revenue last quarter, is also enjoying a massive boost as people play more games — and spend more money on them — to while away time. These tailwinds have led NVIDIA stock to soar impressively in 2020. 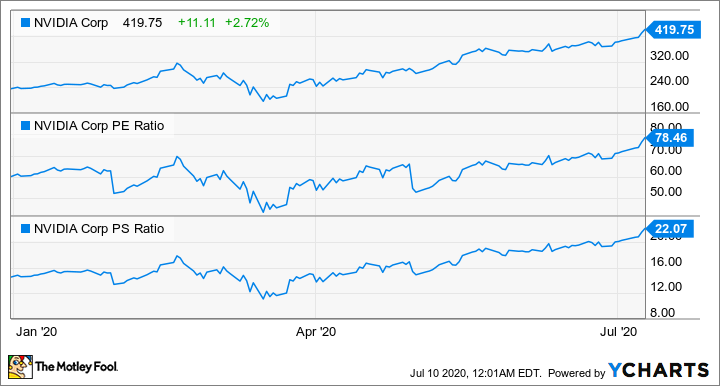 But that impressive run has made NVIDIA stock expensive. Its trailing price-to-earnings (P/E) ratio of 78 is richer than the five-year average of nearly 42. The price-to-sales ratio of 22 isn’t cheap either. However, investors looking for a company that has proven itself to be coronavirus-resistant so far shouldn’t overlook NVIDIA, despite its rich valuation — its gaming business is all set to step on the gas, thanks to several factors.

Spending on video games and related hardware has surged in the wake of the pandemic. For instance, console sales in the U.S. surged 163% year-over-year in April to $420 million, according to data from the NPD Group. But it wasn’t just the consoles that were in huge demand. Overall spending on gaming hardware (including graphics cards), software, and other accessories shot up 73% over the prior-year period in April to $1.5 billion.

The trend continued in May, according to recent data from NPD. Gaming hardware and software spending was up an impressive 57% over last year to $977 million, clearly indicating that the market isn’t running out of steam even as millions of Americans have filed for unemployment claims on account of COVID-19. The good part is that the gaming hardware market’s momentum is expected to continue through the remainder of the year.

Jon Peddie Research estimates that sales of PC gaming hardware could increase 10.3% in 2020, adding $3.6 billion in revenue. High-end gaming systems are expected to account for a plurality of the PC gaming hardware market in 2020 with a 47% share, followed by a 34% share for the mid-range systems. This creates an ideal situation for NVIDIA, as a large chunk of its installed base is currently using older-generation graphics cards that will have to be upgraded to play the latest games.

NVIDIA is in an ideal position

Bank of America Securities analyst Vivek Arya has raised his NVIDIA price target to $460, believing that a swathe of graphics cards upgrades could be in the cards in the second half of the year. Based on gaming platform Steam’s hardware surveys and his own checks, Arya estimates that only 9% of NVIDIA’s installed base includes a graphics card that could perform at par with the upcoming Xbox Series X and PlayStation 5 consoles.

This trend can be expected to continue for two reasons. First, the development budgets of games designed for the next-generation consoles are expected to increase as titles become more graphic-intensive and lifelike. As a result, gamers rocking older GPUs (graphics processing units) will need to upgrade their hardware to run new games.

The second reason why NVIDIA could see a bump in sales of graphics cards is that it is expected to launch a new series of chips based on the 7-nanometer Ampere architecture soon. The new Ampere-based GPUs are expected to be 75% faster than the Turing cards and cut power consumption in half, giving enthusiasts a good reason to upgrade. Additionally, the graphics specialist can be expected to reduce the price of the Turing cards once Ampere hits the market, encouraging users on a budget to upgrade their kit as well.

All in all, NVIDIA looks all set to take advantage of the increase in gaming hardware spending this year. This should help sustain the growth of its largest business and drive the company’s overall financial performance. So, don’t be surprised to see NVIDIA maintain its status as a top growth stock, making it a company worth having in your portfolio despite a rich valuation.