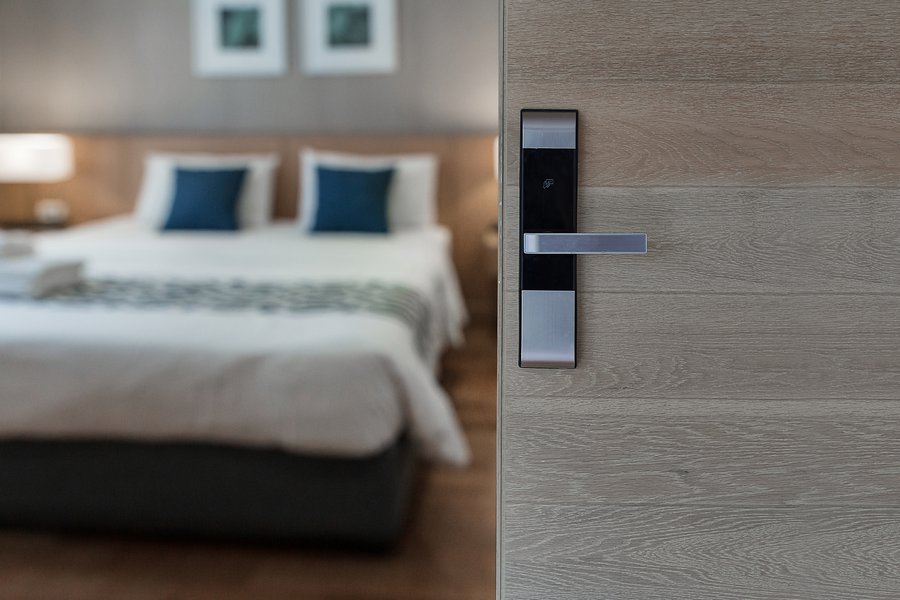 Ryman Hospitality Properties (NYSE: RHP), the hotel-focused real estate investment trust (REIT) that owns the Gaylord hotels as well as several live entertainment venues, has been on fire lately. Ryman’s stock price has soared by more than 70% since the beginning of November.

To be fair, the upward momentum is mostly due to optimism following positive COVID-19 vaccine data from several pharmaceutical companies. However, Ryman has dramatically outperformed many of its hotel REIT peers: Industry leader Host Hotels & Resorts (NYSE: HST) is up by 41% in the same time period and Apple Hospitality Properties (NYSE: APLE) has gained 31%, just to name a couple of examples.

Why has Ryman done so well?

It’s not hard to see why hotel REITs in general would benefit from a COVID-19 vaccine. As the pandemic started, travel in the United States ground to a halt. People weren’t taking vacations, and nobody was traveling for business. And when the initial shutdowns happened, hotel owners were burning through millions of dollars each month.

Ryman’s business was hit even harder than most, and this continues to be the case. If you aren’t familiar with the Gaylord hotels, they are five large-scale hotels that are specifically focused on large groups. These properties host some of the largest conferences, conventions, and holiday events in the U.S. In fact, four of the five largest non-casino hotels by meeting space are Gaylord properties.

When the pandemic hit, some people still had to travel to see family and conduct business. Traveling nurses needed places to stay while helping overburdened hospitals. And in the months since, leisure travel has picked up somewhat and business travel is starting to make a bit of a comeback.

On the other hand, group travel stopped. Every large-scale gathering scheduled beyond mid-March 2020 was cancelled, and they haven’t started back up yet. In fact, the pandemic wiped out Ryman’s business so much that it decided closing its hotels was the best move. Ryman’s hotels remained closed for much of the second quarter (one still hasn’t reopened). The properties that have reopened have temporarily pivoted their focus to leisure travelers. For example, the Gaylord Palms is located close to Walt Disney World in Florida and is marketing to the tourist crowd for the time being.

What’s more, Ryman also owns live concert venues, including the Ryman Auditorium (where it gets its name) and Grand Ole Opry in Nashville. And live entertainment isn’t likely to come back in its previous form until well into 2021.

The point is that Ryman’s business was much harder hit than most hotel REITs. At one point in March, Ryman’s shares had dropped from about $85 at the start of 2020 to less than $14. It also has the most to gain from the end of the pandemic, which is why the stock has reacted so positively to the vaccine developments.

Is there more upside potential ahead, or should investors stay away?

Ryman obviously isn’t quite as much of a no-brainer as it was when it traded in the $30s a couple months ago. But that doesn’t mean it’s too expensive. Ryman is a company for whom a safe and effective vaccine is an absolute game-changer.

The company has proven to investors that demand is there. Ryman has successfully re-booked more than 1 million cancelled room nights for 2021 and beyond. The biggest question mark has been when, if ever, any of these booked events will actually be able to happen. And with a vaccine that could start to be distributed in the U.S. by the time you’re reading this, it’s looking very likely that Ryman’s business could approach its former level by the second half of 2021.

Also keep in mind that even after the massive rally in recent weeks, Ryman’s stock is still more than 20% below where it started the year. So, if the vaccine can be rolled out efficiently and Ryman can get back to business as usual, there could certainly be more upside ahead.