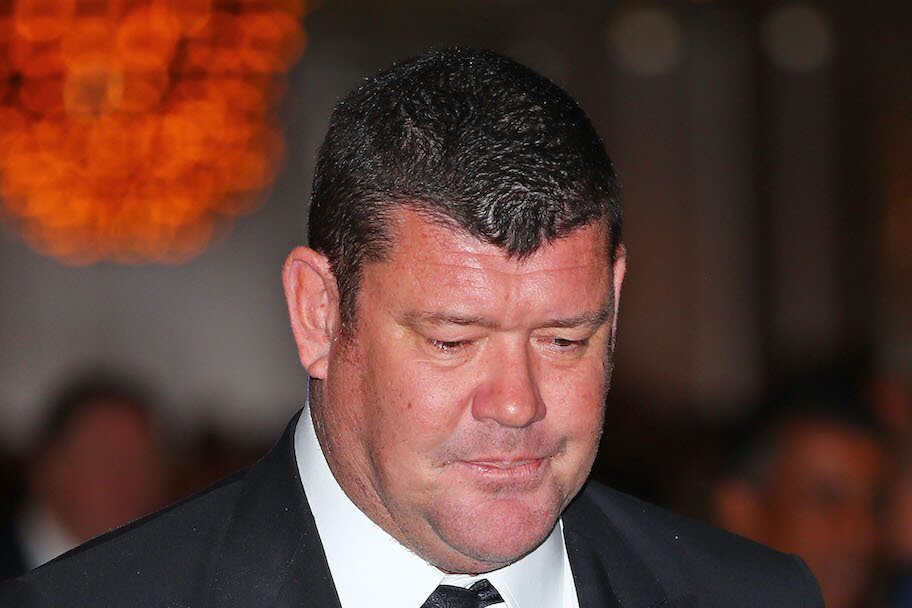 The name ‘James Packer’ is probably very familiar to you if you’re into either casinos & gambling, or Mariah Carey.

Today, we’re focusing on James Packer’s casino business, mainly the recent inquiry into Crown Resorts (where he was a former chairman and majority shareholder) and accusations of money laundering through the company. Packer resigned from the company in 2018 due to his mental health, but remains a majority shareholder.

Calling in to the Australian government inquiry via video chat from a superyacht somewhere in the Pacific, James Packer admitted to a number of missteps as Executive Chairman of Crown Resorts, including sending unprofessional and ‘threatening’ e-mails to a colleague while they worked to make Crown Resorts Ltd. Private.

What did James Packer Do, and Why the Inquiry?

Right now, Crown Resorts has plans to run a 75-floor, $1.6billion casino tower in Sydney, Australia. Although the casino tower is set to open in a few short months, the Independent Liquor and Gaming Authority is holding an inquiry to determine if Crown Resorts is deemed fit to hold a casino license in Sydney.

Crown Resorts stands accused of hiring ‘junket operators’ involved in organized crime to bring wealthy, foreign gamblers to their casino operations. Junket operators are known for reaching out to local gamblers and bringing them to a casino-heavy region (like Macau in China) to gamble and spend their money.

Crown Resorts also stands accused of knowingly setting up informal offices in China where advertising gambling is illegal, leading to 16 Crown Resorts employees being arrested in the Guangzhou region. When asked about this, Packer said “I believe that Crown had legal advice that said what they were doing was legal. It’s a failure in compliance. A significant failure.”

However, Packer also denied having knowledge that unofficial offices were held in China, and said that although Crown Resorts received advice that they could operate business in the region without having an office, he was unaware of this advice being given, and taken. But former CEO Rowan Craigie had told the inquiry these offices were ‘unofficial’, and in fact meant to disguise the company’s Chinese presence.

This Guangzhou-based office was also reportedly used to store computers, gifts and processed credit card information for VIP, Chinese gamblers. Packer told the inquiry he was unaware of this, too. He explained his memory-loss on a medication he’s taking that impacts his memory.

When it comes to the aggressive emails he sent a colleague (who’s identity was referred to as Mr. X during the inquiry to hide his identity) e-mail details were not disclosed, but when Packer is asked if they were disgraceful he replied “Yes”, while he agreed that the emails sent were ‘shameful conduct by a company director’. He also explained the aggressive nature of the emails by opening up about his then untreated bipolar disorder (for which he’s now receiving treatment). When asked if his ‘Conduct in these emails reflect adversely on your character, Packer replied “I think my medical state is what is reflected most on.”

The Crown Resorts Inquiry will continue through Thursday, October 8.

Interested in learning more about Gambling Laws in your state? You’re in the right place. Check out our guide to gamble in the USA, complete with gambling laws, history and more.