Despite some level of public opposition, integrated resorts (IR) are still expected to be a key feature of Japan’s future economy. Yoshihide Suga, who took over as Prime Minister following Shinzo Abe’s departure, fully believes that bringing commercial casinos into the country’s landscape will give it a huge economic boost. Talking to the Japanese Parliament’s lower house this week, he reaffirmed statements he made last month, asserting that the IR framework continues to push forward. 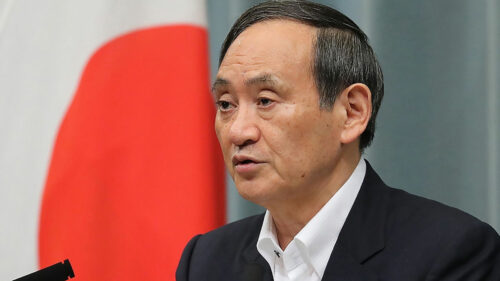 Suga told the House of Representatives, “Casinos are there in 130 countries and regions. It is planned that Japan integrated resorts [IRs] are to have international exhibition facilities, convention facilities, and large hotels to entertain whole families.” He added that, by allowing the resorts, Japan will become a greater attraction for international tourists, bringing in a larger segment of travelers that will help the country’s economy expand. Suga believes the IR legislation that was begun during the previous administration deserves to continue advancing, even though COVID-19 has forced the progress to slow to a crawl.

Not everyone in politics agrees with the Prime Minister. There has already been mounting opposition by some public and legislative figures, who wasted no time jumping on the IR-related bribery saga to support their belief that opening up the country to gambling would be the same as opening the floodgates to nothing but sin and scandal. Politician Renho Saito, a member of the Constitutional Democratic Party (CDP), feels the IR goal is misguided.

Speaking in Yokohama, Saito stated, “Are casinos really a pillar for growth? They make money from people gambling and losing. It is an embarrassment that this is an element of the national government’s economic strategy.” Saito was formerly with the Democratic Party, which was dissolved in 2017, leading to her becoming a member of the CDP, but not giving up her goal of putting down the Liberal Democratic Party (LDP), Japan’s controlling political party, every chance she gets.

Yokohama is one of the locations that has repeatedly been mentioned as a top contender for an IR license. It’s also one that has seen a significant amount of opposition to the idea, which has even led to attempts at ousting the city’s mayor, Fumiko Hayashi. Saito told anyone who would listen to her diatribe against the LDP and the IR plans, “One vote from a resident can stop the casino. Politicians are not the ones with the authority to decide. We all make that decision,” adding that the Japanese people don’t have to follow the LDP’s plans.

As is often the case, however, the politician chose to use a little too much creative language in her speech. The “Japanese people” aren’t going to decide the fate of IRs collectively. Each prefecture has the ability to accept or reject the idea and take appropriate actions to support their beliefs. Given the fact that the IRs are much more than casinos, offering everything from conference facilities, family entertainment venues, hotels and more, the gambling segment of an IR property is not going to be the only attraction.

The Japanese already gamble, with some reports indicating that as much as $200 billion (an industry that, for decades, was controlled by the Japanese mafia) is spent each year on pachinko. Horserace gambling and certain auto races are also legal (not to mention the underground gambling parlors), so asserting that casinos will foster societal decadence is completely false and shallow. Gambling is always going to be a part of society; legalizing and regulating it are the only ways governments can offer consumer protection and benefit economically from the activity.