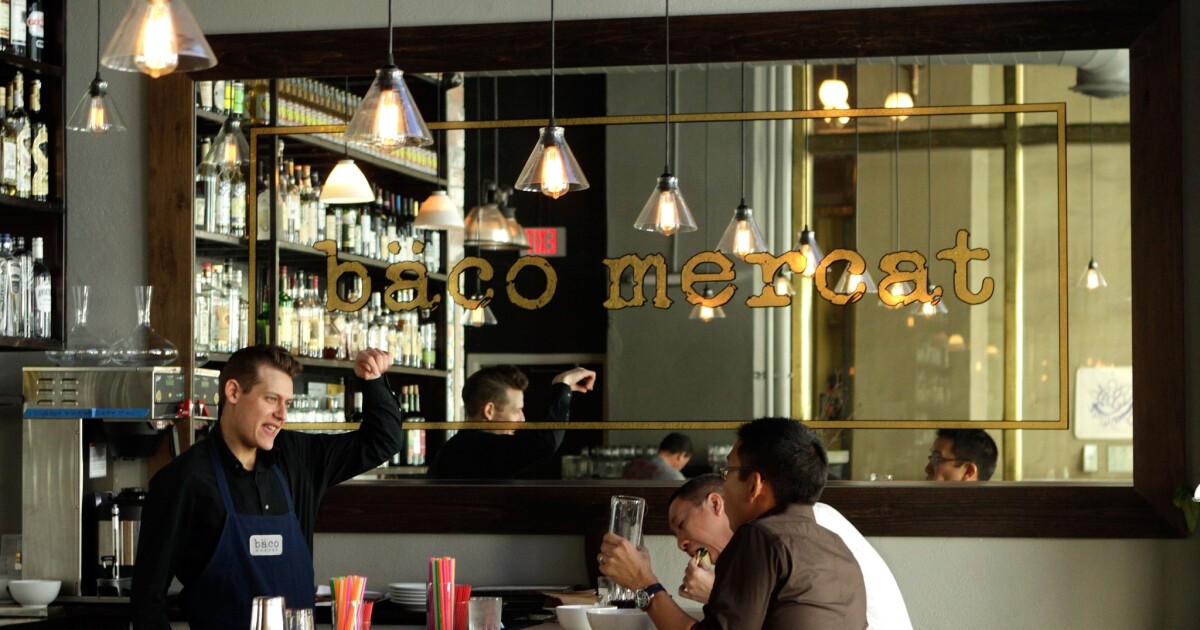 That latest blow to the city’s dining scene landed Saturday morning on Instagram: Chef and restaurateur Josef Centeno announced that he had closed his celebrated downtown restaurant Bäco Mercat for good.

In a statement, Centeno thanked his staff, customers and collaborators while also nodding to the unparalleled challenges restaurants are facing during the COVID-19 pandemic and the ensuing economic fallout.

“The world changed, and I have to make decisions about how to move forward and though the choices are difficult it is all part of the process,” Centeno wrote.

Opened in late 2011, Bäco Mercat emerged as one of the city’s singular dining experiences over the last decade, inseparable from the booming downtown food scene it had helped build.

It was also the place where Centeno cemented his legacy as a chef, serving an ambitious polycultural menu filled with flatbread sandwiches and wildly creative vegetable dishes that former Times restaurant critic Jonathan Gold once described as “a graduate exam in culinary poststructuralism.”

Propelled by the success of Bäco, Centeno would go on to open a collection of successful restaurants near the intersection of 4th and Main streets: Bar Amá, the now-closed PYT and Ledlow, and Orsa & Winston, the intimate tasting menu restaurant named as The Times’ Restaurant of the Year earlier this week.

Centeno would also open casual offshoot of Bäco in downtown Culver City in 2017; the restaurant relaunched as the Tex-Mex concept Amacita last year.

As the COVID-19 pandemic forced much of L.A. to close down in March, Centeno and his staff prepared meals for healthcare workers in partnership with the nonprofit group Dine 11. Like many restaurants, Bäco Mercat had pivoted to takeout and delivery service over the last few months, and more recently, outdoor dining. The restaurant was also forced to closed briefly in late May after it was damaged during protests over the death of George Floyd in police custody.

“Bäco, you were born one night out of hunger and a little too much booze and who knew it would spark the light that would guide me through the years ahead,” Centeno wrote on Instagram. “When I finally found you a home, I spent countless hours building parts of you and preparing you for the world. You helped me develop into so much more than a cook. You introduced me to so many ideas, spices and flavors that would shape the way I see the world.”

For those seeking one more Bäco, Centeno said some of the restaurant’s popular dishes would soon be offered as specials at Bar Amá.