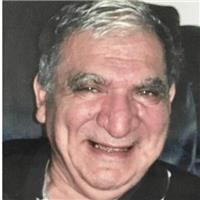 He was born Oct. 21, 1938, in Olean, N.Y., to parents Florence Franzi and John Augustini Sr. He married Jane Reynolds Augustini on Aug. 19, 1960, and they celebrated their 60th anniversary a few months before his death.

He graduated from Olean High School, and served in the U.S. Marine Corps. from 1956 to 1960, where he was stationed in Okinawa, Japan. He served in the reserves when he returned home.

He was a longtime insurance salesman and broker until he retired in 1996. He was a fourth-degree black belt in Taekwondo, and taught the martial art in the Houston area, for many years.

Joe relished life and often joked around with others. The sound of his warm, booming laugh was almost guaranteed when in his presence. He enjoyed being with family; swimming and the beach; practicing Taekwondo; playing poker and chess; going to the horse races; listening to music; singing; and eating pasta.

He also loved watching westerns, Columbo, The Rockford Files, Frazier and Star Trek on TV. He’d get excited when a new Star Wars film was released.

He had a passion for mathematics and the cosmos and often read books on the subjects. He was fascinated by Albert Einstein’s theory of relativity and Stephen Hawking’s look into black holes. He will be greatly missed by all who loved him.

He is preceded in death by his parents; sister Rosie Augustini Mills; and brothers, John Jr., Anthony, Larry and Frank Augustini.

Due to COVID-19 restrictions and precautions, masks will be required at the service, seating will be at safe distances, and there will not be a reception following the mass. The service will be livestreamed for those unable to physically attend.

In lieu of flowers, the family invites donations in Joe’s name to Children’s Advocacy Center of Collin County at caccollincounty.org/donate in Plano or to Catholic Charities.