The St. Croix Chippewa Indians of Wisconsin are not happy with a former employee they trusted to help them secure their financial operations. Leva Oustigoff, Jr. has been indicted on charges of embezzling over $72,000 from the tribe’s Turtle Bay casino and will now have to answer for his crimes. There are eight counts total and, if he’s found guilty of all of them, is looking at a terminal prison sentence. 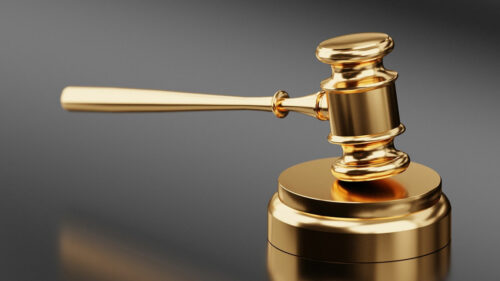 The 58-year-old Wisconsin resident was picked up by the Federal Bureau of Investigation’s radar, which led to an investigation that involved the agency, the Internal Revenue Service (IRS) and the St. Croix tribe. They determined that, beginning in December 2015 and running until January 2018, Oustigoff was slipping out money that he then used for unspecified spending habits. The amount he illicitly withdrew varied each time he needed cash, and a Department of Justice notice about the indictment doesn’t specify how he managed to conduct his covert operations.

In anticipation of a jury hearing the charges and deciding whether they held merit, he was presented with a summons to appear after the indictment was handed down last week. However, he is currently not under arrest and is free to roam about. The summons notified him that he will need to show up in court, but no date has been set for that appearance, which will most likely be held virtually because of COVID-19.

Each count carries a maximum prison sentence of 20 years. Looking at eight counts, that means Oustigoff could conceivably be looking at 160 years in a federal slammer – not realistic. It is possible, however, that he be forced to stay locked up for 20 to 30 years as part of a plea deal that would include restitution, if he hasn’t spent all the money, and possibly even less time followed by probation.

The rest of the details surrounding the case are more than a little sketchy. Oustigoff reportedly served as the CEO of St. Croix Casinos Enterprises, after having been promoted from the position of GM of Turtle Lake. Separate court documents (pdf) indicate that he “pocketed thousands of dollars in unapproved and excess travel moneys, in addition to thousands of dollars in unsupported, fraudulent payments;” however, it is unclear if these incidents were related to the embezzlement charges.