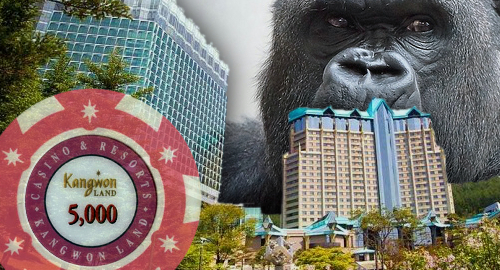 Paradise said Wednesday that all staff – including outsourced workers – had undergone COVID-19 testing and only those who tested negative were allowed to return to work. The foreigner-only casino reopened at 2pm, one hour after the hotel, safari park, kids zone, certain dining areas and the outdoor pool.

Kangwon Land, the only South Korean casino at which local residents can gamble, remains shut until at least September 21, nearly one month after it was forced to close for the second time this year. The lengthy closures have already cost the casino hundreds of millions of dollars in lost revenue and there’s no guarantee that this latest reopening won’t be equally short-lived.

Kangwon Land’s 2019 total surpassed the combined turnover of the nation’s 16 foreigner-only casinos, which was down nearly 11% year-on-year to KRW1.45t.

South Korea doesn’t make it easy for its citizens to access casino games, as Kangwon Land is located in a mountainous area some 200km north of Seoul. South Korea also criminalizes its citizens gambling in casinos while abroad, if the government believes said gambling was for more than ‘momentary pleasure.”

On Wednesday, Yang Hyun-suk, former CEO of K-pop management giant YG Entertainment, appeared in Seoul Western District Court to plead guilty to gambling at casinos in Las Vegas on 20 occasions between 2015 and 2019. Yang and one of his former boy band stars were brought up on charges last year.

The Korea Herald reported that the judge questioned why Yang was spared the charge of ‘habitual’ gambling, which could mean a sentence of up to three years in prison and a fine of KRW20m, twice the sum owed for a conviction of non-habitual gambling. A hearing has been set for October 28 to determine whether Yang will face the more serious charge.