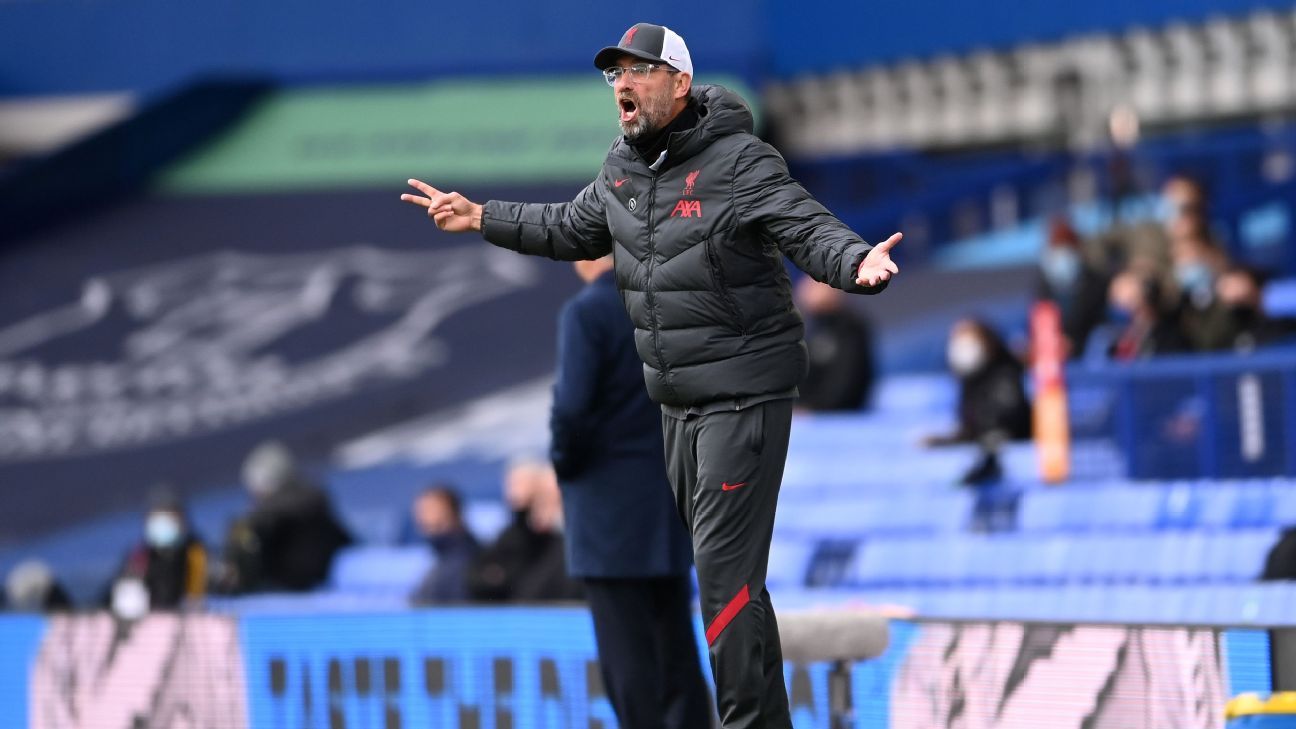 Liverpool manager Jurgen Klopp was left baffled by the offside decision that cost his team victory in the Merseyside derby and concerned about two key injuries suffered as the Premier League champions drew 2-2 with Everton.

They thought they had won the game with a stoppage-time goal from Jordan Henderson but a VAR review found the narrowest margin of offside and cancelled out the potential winner.

Liverpool also had defender Virgil van Dijk taken off with an injury early in the game and midfielder Thiago Alcantara picked up a knock from a wild challenge by Richarlison which resulted in a red card.

“I am a real supporter of VAR. [Last season] the armpit was offside,” Klopp said postmatch. “Now, there is no armpit offside, everyone tells me it was not offside but it does not lift my mood. We lost one player with Virgil and maybe another with the red card. [It was] not our day.

Klopp said his players had watched the VAR incident back on a laptop in the dressing-room but did not understand how the decision was made.

Van Dijk was hurt in the seventh minute due to a wild challenge from Everton goalkeeper Jordan Pickford, after the referee blew for offside. Pickford was not even cautioned for the lunging attempted tackle.

“Virgil, it is not good,” said Klopp, who defined Pickford’s actions as “not a challenge the keeper can do.”

“He plays on with pain, he never misses a game. I don’t know how bad it is but it is not good,” he added.

Thiago eventually got up from Richarlison’s red-card challenge and was able to create the opening for Henderson’s disallowed goal but later reported an injury.

“When we were walking off, Thiago tells me he thinks he was injured. We will have to see,” Klopp said.

After the match, Richarlison released a statement on social media to apologise for his challenge on Thiago.

“Anyone who knows my background knows that I’ve never been a violent player,” he wrote. “What happened today was a fatality due to sheer excess of dedication. I did not challenge that play with the intention of hurting Thiago [Alcantara].

“When I realized we wew going to crash, I retracted my foot but my knee caught him on the way thorugh, which was inevitable due to the speed of the play. I’ve already sent a message to him apologizing and I am also doing it publicly.

“I hope he is fine. I also apologize to my teammates, the club and the fans for leaving them with 10 men. Unfortunately, there is nothing I can do to change what happened, other than to reflect, work and move on.”

Klopp was pleased with the way his team responded to their pre-international break 7-2 mauling at Aston Villa.

“The performance was top, it was a top game and a good game for both teams,” he added.

“We were dominant against a side full of confidence and with a clear plan. It was probably the best away game [against Everton] since I was at Liverpool. I saw a really good performance. I would be more happy if we win but I wanted to see a response and see the team we were before.”