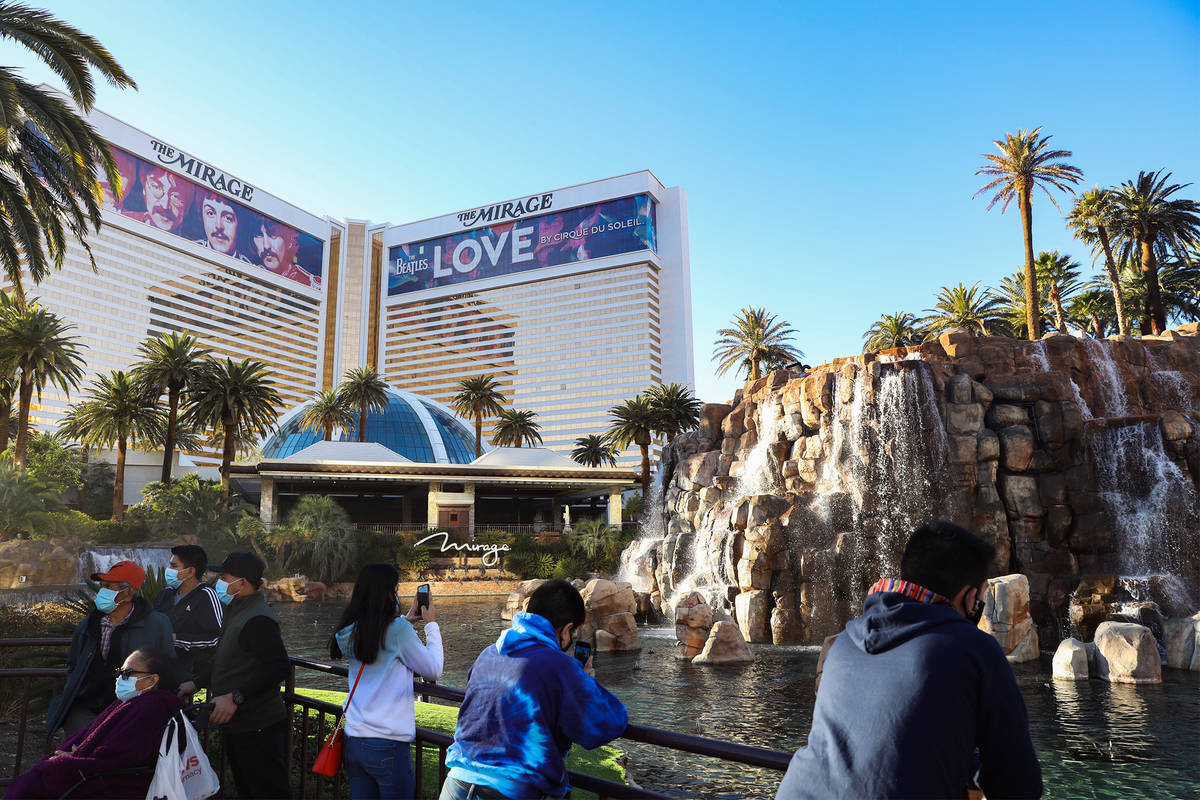 Las Vegas is on track to to see the least amount of visitors in a year in more than 30 years.

The Las Vegas Convention and Visitors Authority on Tuesday reported November visitation of 1.514 million people for the month resulting in an 11-month total of 17.8 million visitors. That’s 54.5 percent of what it was in the first 11 months of 2019.

If the city draws a similar amount in December and reaches just over 19 million people total for the year it would be the lowest visitation amount since 1988 when around 17.2 million people visited the city. That was a year before The Mirage opened.

The coronavirus pandemic has pulverized visitation to Southern Nevada and casinos currently can accommodate 25 percent of their capacities as a result of health and safety restrictions designed to reduce the spread of the virus.

November’s 1.514 million visitors was the lowest amount since August and ended a string of four consecutive months of higher numbers of visitors month over month.

Joseph Greff, a gaming analyst with New York-based J.P. Morgan said in a report to investors Tuesday that fourth-quarter visitation is tracking down 53 percent and Strip revenue per available room is on pace to be down 66 percent year over year.

Greff said the combination of available hotel rooms being reduced as a result of continued closures, lower occupancy rates and lower average daily room rates that revenue per available room is forecast at $39 for the quarter.

All but one tourism indicator was down in November. Only average daily traffic on major highways into Las Vegas was up, but by only 0.7 percent to 116,004 vehicles per day.

Convention attendance was at zero for the eighth consecutive month. The 39.3 percent occupancy rate in November was at its lowest level since June when resorts reopened after a 78-day shutdown.

The city’s weekend occupancy rate was calculated at 55.4 percent in November and 32.4 percent at midweek, the lowest levels since June.

The average daily room rate has steadily fallen from $108.13 in September to $94.01 in November, the fourth month it has been below $100 this year.

Room rates on the Strip are at their lowest level since June at $100.32 in November. The highest Strip rate was recorded in January, $153.40 a night.