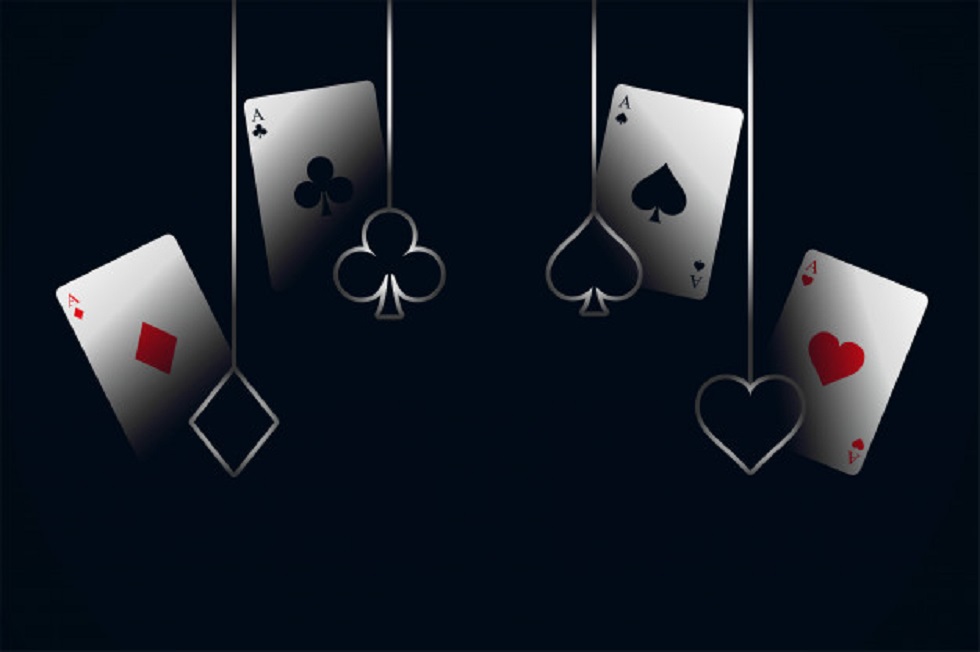 Feeling a bit bored during lockdown? Learn
a few card games online. They have simple rules and you can play alone or with
friends. With some games—poker, blackjack and baccarat—you could also play to
win real money.

Another benefit of card games is that they
can last as long as you’re interested. So, if you want to play a few rounds of
baccarat to fill time or spend your entire afternoon gaming—it’s up to you.
That said, here are some of the best card games to learn.

Rummy is a straightforward game. The
objective is to arrange all your cards into threes in the quickest amount of
time. Let’s say you pick six cards and arrange them into three 7s and three 4s
before everyone else, you win.

Although a simple game, winning at Rummy is
easier said than done. For starters, you get seven initial cards when playing
with three to four people. So, even if you have two sets of three of a kind,
one extra card will keep you from winning.

So, what happens if you can’t match your
cards? You select one new card from a pile and discard one of your cards. This
happens in turns, ensuring everyone has a chance to win the game.

Blackjack is one of the most popular casino
card games. The objective is to form a hand whose total value is closest to or
equal to twenty-one. Because you play blackjack with a dealer (casino
employee); your hand must be better than that of the dealer.

If both you and the dealer forms a hand of
twenty-one, it’s a called a push—a draw. If your hand exceeds 21, you bust—a
loss. Blackjack comes in several types. And each game comes with a set of
unique rules.

Take Fun 21 Blackjack as an example. It allows you to split up to four hands but it pays out at a ratio of 1:1. Should you play blackjack online, more so Fun 21? Find advice here. Learn how it works, where to play it and its benefits and drawbacks.

Poker is one of a few casino games not
based on pure luck. It’s partly a game of skill. And as a result, you can learn
it well enough to become a professional. To expound more, the best poker
players earn hundreds of thousands or millions of dollars.

Before you muse over playing poker for
money, though, know it comes in many types. Texas Hold’em is the most played
variant—and the game most professionals play. It’s followed by Omaha, Hi,
Hi-Lo, 7-Card, and Caribbean Poker.

With Texas Hold’em, the objective is to
form the highest hand. The ranking starts at High-Card, all the way to Royal
Flush. Sometimes you don’t need the bets card to win, though. You could
bluff—pretend to have a decent hand and cow your opponents to fold blinds.

James Bond loves it. Phil Ivey plays it when he’s not winning at Texas Hold’em. And China’s richest men and women play it nearly every day in Macau. In fact, wealthy Asians in Macau elevated Baccarat into the most popular card game in the last fifteen years.

So, how does baccarat work? A dealer deals
two hands—the banker and the player. Your objective is to guess which hand has
cards whose total value is closest to nine. You can also bet on a tie and win 8
to 1. Otherwise, betting on the banker or player earns you 1 to 1.

To expound more on baccarat, you don’t bust
(lose) when your hand exceeds nine. Instead, you subtract ten from your new
hand. Let’s say you get 15. You subtract ten to form a hand of 5.
Alternatively, you can drop the first digit (1) to get your new hand.

Cards against Humanity is a fun game to
play with friends
while camping, at home or online. It’s easy to learn and doesn’t require
real-money bets. Instead, the objective is to produce cards with ridiculous
answers to questions printed on a deck of white cards.

When the game starts, each player receives
seven white cards. Each card has a phrase or question. Players take turns
reading a question or phrase on one of their cards. Then the rest pick a black
card at random to read the answer on it.

The player who asked the question then
picks the winning answer. As we mentioned earlier, the objective to have the
highest number of winning answers.

Go Fish is a game of eliminating all cards
in your hand. So, it’s simple to play. It starts with everyone receiving 5-7
cards—all facing down. The remaining cards are placed in the middle—again
facing down.

The first player reveals their first card
and places it on the table. Then the next player must produce the same card or
pick a new card from the deck. To be technical, picking a new card because you
don’t have it is called to “Go Fish,” hence the name of the game.

Monopoly Deal is like the original Monopoly
except you play online and don’t need a board. It’s also fast-paced, with
rounds ending in 15 to 20 minutes. That said, the tenets of Monopoly Deal are
similar to the board game.

You receive seven cards at the start of
each round. The goal is to create three property sets and remain with cash in
your account. While at it, you can use action cards to earn properties and
force other players to pay you rent.

This game is like Go Fish but has some
unique rules. The objective is to eliminate cards in your hand, one after
another. You have two options. Produce a card whose number is similar to the
one displayed on the table. Or it’s the same card type.

The game is called Crazy Eights because 8s
can change the course of the game. For example, if the previous round involved
matching a 5 or Ace of Spades and you have an eight, you could decide now
everyone has to produce clubs.