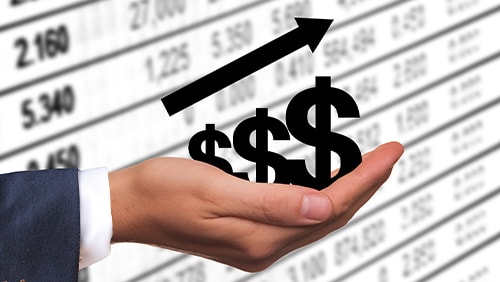 Although there is still a long way to go before it can say it has recovered from the coronavirus debacle, Macau might be on the right path. After watching the numbers reported from casinos remain flatlined for months, there has been a little blip on the screen, with August finally seeing some action. It may not be much, given how robust the gambling market in Macau was a year ago, but every little bit helps at this point.

According to the Financial Services Bureau in Macau, the city reported $76.8 million in tax revenue last month, 52.4% more than a month earlier. Because of differences in when the casinos took in the revenue and when the government can tally its percentage from that take, there is typically a delay in the representation of the figures. As a result, some of this tax revenue can be attributed to action seen in July, not just August.

Despite the substantial monthly increase, Macau is still a long way off from its normal levels. The gross gaming revenue (GGR) reported by the casinos remains flat and is down 94.5% year-on-year. The total GGR for the city’s casinos was $166.38 million, an indication that the relaxation of border restrictions has not had a huge impact on visitation to Macau’s casinos.

At the end of August, the cumulative total GGR for casinos in Macau had only reached $4.552 billion – 81.6% lower compared to the same period last year. As a result, Macau was only able to receive about $2.85 billion in tax revenue from its gaming properties. This is only 29.8% of what it had received over the first eight months of last year, and is obviously impacting previous budget forecasts.

Macau had anticipated taking in about $520 million each month in gaming tax revenue and, with only four months left in the year, there’s no chance it will be able to recover all the losses. The actual figures represent just 45.6% of the forecasted take for the year and Macau has had to revise its end-of-year projections to reflect the shortfall. Now, Macau believes it will receive a total of around $6.252 billion in gaming tax revenue by the time 2020 wraps up.

Gaming has always been a major source of revenue for Macau and, out of the tax revenue collected in the first eight months of this year, has contributed about 75.3% of the total tax revenue received. That figure stands at $3.788 billion; however, this is 65% lower than what it was for the same period last year. This drop, combined with additional and unexpected outlays needed to combat COVID-19, will see Macau with a deficit of $4.872 billion for the whole of 2020.