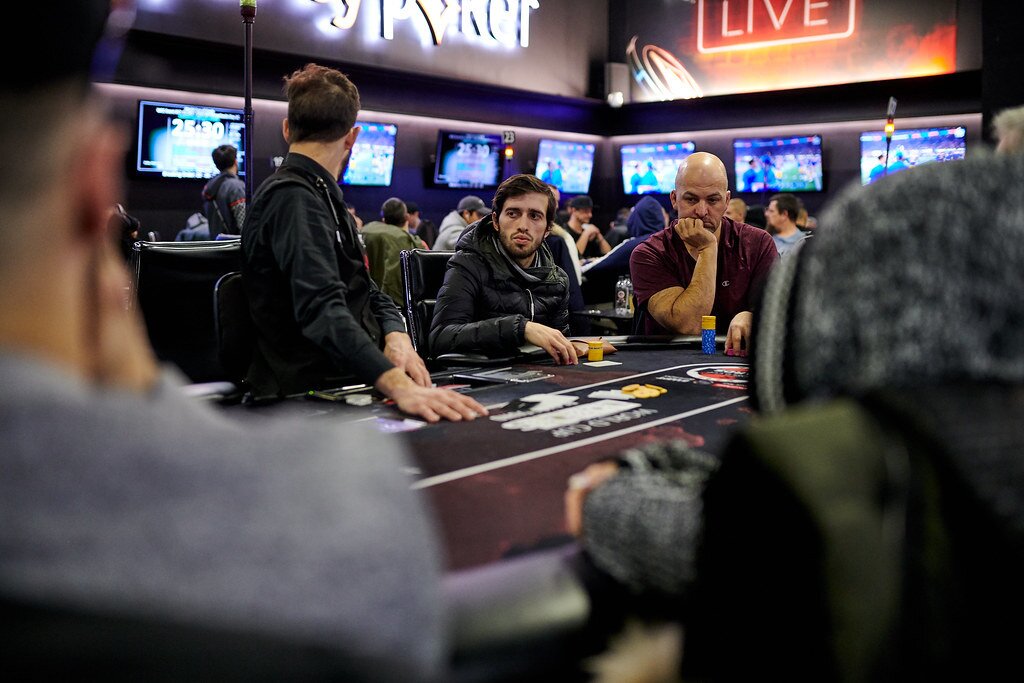 The MILLIONS Online Main Event saw a hugely entertaining finale played out between nine terrific poker players. In the end, it was Endrit Geci who won the landmark trophy after a lucrative heads-up deal saw the British-based player win the $774,838 top prize.

With 1,084 entries overall, the final nine players were guaranteed a windfall of $72,260 for their hard work across four gruelling tournament days. The best of the action, however, was saved until last.

There were several players who really needed to get off to a good start to survive the early orbits, but none of them could do so. First to bust was Jonathan Proudfoot, who came into play eighth in the chipcounts from Day 3, but he was on the virtual rail when his ace-queen suited was shot down by Hermogenes Gelonezi’s pocket tens.

Proudfoot picked up a gutshot on fourth street but couldn’t complete it on the river and was eliminated for that first final table cash of $72,260.

Next to go was another British player, Martin Brinkmann. He departed after his short-stack shove with jack-queen ran into the eventual winner Endrit Geci’s pocket aces. Shot down by pocket rockets was one thing but drawing to a Royal Flush on the river at least gave Brinkmann hope for a dramatic miracle to play out before that hope was dashed.

Brinkmann had made a spectacular return of $91,542 on his satellite qualification for just $530 and the next player to leave did even better, Canadian Richard Mullen busting with jack-queen too, German player Christian Rudolph busting him with ace-nine for a result of $115,425.

Endrit Geci mostly played live tournaments costing under $500 to enter to earn the $223,000 online result and another $50,000 his Hendon Mob page shows he amassed before the WSOP last summer and now this stunning MILLIONS Online Main Event victory.

In the middle period of the final table, Geci boosted his chances of toppling the opposition with some excellent play. This would have been an impressive enough achievement had he been taking on mid-level players, let alone the stellar calibre of the company at this final table.

Christian Rudolph was next to fall to Geci’s mountainous chip-stack, the German player’s ace-king unable to catch against Geci’s pocket tens. While Brazilian player Gelonezi would depart next, losing out with pocket sevens to Daniel Dvoress’ pocket eights, meaning that the Canadian took over Geci’s lead, there was a sense to the action that he would grab it back before too long.

Dvoress strengthened his position yet further when his pocket queens easily held against partypoker Team Pro Dzmitry Urbanovich’s ace-queen with the case queen hitting the board, much to the partypoker pro’s dismay. He promised his fans a period of study following his elimination.

4th place good for $276k!
⠀
Pretty happy with the result which is $1000 short to beat my biggest online score????
Had some interesting spots on ft where wasn’t sure what should I do. Need to study these spots and come back stronger.
⠀
Thanks a lot everyone for the support!!???? pic.twitter.com/xiwqZZzdOH

A Deal Before the Duel

Both Correia and Geci looked to tie up a lucrative guarantee of more money during the opening minutes of their heads-up and eventually settled on a deal that almost chopped the money down the middle. With $700,000 for both players, only $50,000 was left to play for, and a far more open heads-up proceeded as a result.

Geci took control of the duel and eventually pushed Correia down to under ten big blinds. Correia hoped he’d double-up with the famous ‘Texas Dolly’ hand of ten-deuce on a board showing a ten and a king, but Geci’s ace-king had rivered top pair with top kicker and that was enough to nudge his opponent into the runner-up position.

Brazilian player Correia cashed for $731,960 in second place, but UK-based Endrit Geci was the champion, winning $774,838 for a superb triumph and a career-high score.

You can watch all the action from the final table in the company of James Dempsey and Henry Kilbane on the partypokerTV YouTube channel right here:

Want more? Don’t miss out—stay up to date on the latest poker news.