Back in May, thousands of poker players were supposed to be arriving in Las Vegas to play in dozens of events at the world-famous World Series of Poker. Due to the Coronavirus outbreak, it was a work-from-home experience that was on offer rather than a trip to the Rio All-Suite Hotel & Casino. 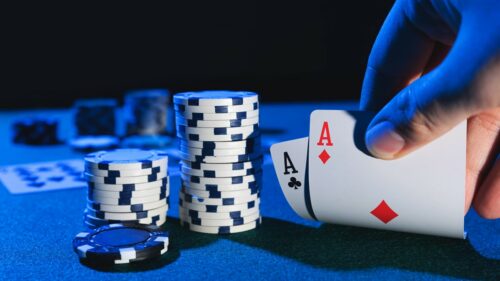 The final bracelet event that took place this summer, during a series that began with 31 events across each day of July on WSOP.com and concluded in mid-September on the same site although the other 54 events took place on GGPoker, the online site that has seen its success mushroom in recent months.

Part of that appeal to players has been the acquisition of some major talent by the poker brand, with Felipe Ramos, Boris Becker and Fedor Holz all proud to be GGPoker ambassadors. There are no players who compare, however, to the one-man marketing brand that is Daniel Negreanu, and Kid Poker took part in the final WSOP bracelet at the end of the weekend.

In doing so, Negreanu was attempting to win a side bet for possibly a six-figure sum that he put on the line against other major professionals, that he would outscore them in WSOP bracelets. Having got close but not actually won any so far, ‘DNegs’ had to run deep.

That he did as Negreanu comfortably made the money in the Annual Global Casino Championship, which had a million-dollar guarantee and employed many different routes to the final day.

Anyone who won a WSOP-Circuit Main Event, or was named ‘Casino Champ’ was in the seating draw, as were anyone who finished in the top 100 of last year’s WSOP Player of the Year race who fancied paying a $10,000 buy-in. You might remember that Negreanu was announced as the winner of the event before an administrative error was uncovered and Australian was crowned the real winner, with Negreanu slipping to 3rd, below his nemesis from last summer Shaun Deeb.

The short story is that Negreanu paid his stack of high society and entered the event, his final chance for a bracelet, plus he didn’t stream it. This time, with everything on the line, he was going for it.

Just 130 players were in the field and were playing for shares of a prizepool worth $1,070,000 – the million-dollar guarantee plus seven entries from that WSOP Player of the Year top 100.

11 hours later, it was three-time WSOP Circuit ring winner A.J. Kelsall who took the bracelet and with it an impressive $275,632 top prize. It was Kelsall’s first-ever WSOP bracelet and he had qualified for the event based on his finishing 4th on the GCC leaderboard with 332 points (30 cashes). Impressive stuff.

Only 20 players were paid, and they included Negreanu, but he didn’t merely min-cash. That honour befell David Larson (20th for $16,264), Scott Hall (19th), Richard Bai (18th) and Matt Stout (17th), all of whom cashed for the same. Others to make the money included Mike ‘The Mouth’ Matusow, who finished 10th for $22,898, while the aforementioned Negreanu came in 9th place, bubbling the final table and cashing for $26,643.

So near, and yet so far. Kelsall certainly deserved the victory, eliminating players such as Shawn Daniels and Brad Albrinck at the final table. Kelsall held a better than 2:1 chip lead when heads-up play began against the former WSOPC Planet Hollywood Main Event champ Michael Trivett and while Trivett would steal the lead early in the duel, Kelsall flipped the script and turned a wheel in the final hand when Trivett had been hoping to hold with bottom two pair on the flop.

As for Negreanu? Well, there’s always next year. Will it be Mexico and a beach house or the Strip and the camper van? We’ll find out in around eight months’ time. One thing is for sure – ‘Kid Poker’ is sure to be chasing down the Player of the Year title just as hard in 2021.