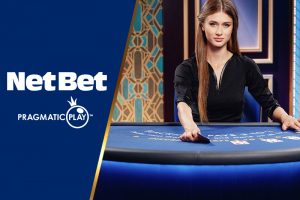 Pragmatic Play’s Live Casino range has gone live with NetBet as part of a recently signed deal between the content provider and the online casino and sportsbook operator.

The partnership between the two companies has seen NetBet enlarge its existing live dealer offering with a number of new titles from Pragmatic Play.

The iGaming content maker and supplier debuted the first games from its Live Casino range in early 2019. Its titles have since then gone live with a number of major iGaming operators and have gained access to a number of regulated markets. Pragmatic Play has constantly been expanding its suite of Live Casino titles since it first ventured into this fast-growing sector, having recently launched language-dedicated roulette tables and a number of variants of globally popular casino games.

Aside from an ever-growing Live Casino portfolio, Pragmatic Play also boasts a library of more than 200 proprietary HTML5 slots that are available in more than 30 languages, multiple currencies, and in all major certified markets. The company is licensed by the UK Gambling Commission, the Malta Gaming Authority, and the Government of Gibraltar.

NetBet is the latest major iGaming operator to have opted for Pragmatic Play’s content in recent months. In October, the iGaming provider announced deals with Luckia and Genesis Global to launch its products with the two operators in key markets.

Becoming a One-Stop-Shop for the iGaming Market

Commenting on their launch with Pragmatic Play, NetBet PR Manager Claudia Georgevici said that the provider’s games have been “a mainstay in our library” for a long time and that they are thrilled to now be offering Pragmatic Play’s best Live Casino games. Ms. Georgevici added that they are confident their players will appreciate the new addition to their live dealer offering.

NetBet has already been offering Pragmatic Play’s slots to its players. As for the operator’s Live Casino section, it features a wide selection of mobile-responsive table games that are played in real time with virtual dealers. The library is frequently updated with new gaming titles.

Albert Pesca, Head of Account Management at Pragmatic Play, said that they cannot wait to see how their Live Casino titles perform with NetBet and that their partnership with the operator is a “well-rooted one.”

Mr. Pesca went on to say that they are beyond excited to see that online gambling operators choose more than one verticals from them, contributing to the provider’s goal to become “the one-stop-shop for the iGaming market.”