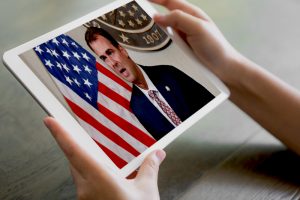 Oklahoma Governor Kevin Stitt’s office had to pay over $2 million in legal and other fees associated with his dispute with the state’s tribes over the extension of their gambling compacts.

Invoices for the fees were supplied by Oklahoma’s Office of Management and Enterprise Services in response to a request by local news outlet Tulsa World. They showed the state was billed for its appearances in court, legal research and analysis, legal correspondence, document reviews, meetings, and more.

The amount noted above includes fees from a federal lawsuit brought by Oklahoma’s tribes against Gov. Stitt early this year. The lawsuit sought a declaratory judgment that the tribe’s 15-year compacts with Oklahoma which were set to expire on January 1, 2020 renewed automatically for another 15 years.

The compacts offer the tribes the exclusive right to operate Class III gaming (slot machines) in the state.

The dispute between Gov. Stitt and tribal leaders started to form in the summer of 2019 when the state’s top official said that the old compacts would expire on January 1 and new, higher exclusivity fees had to be negotiated. Tribes pay between 4% and 10% for their exclusivity over slot machines under the terms of their old compacts with the state.

Tribal chiefs said that they were ready to discuss new fees, but wanted the Governor to recognize the automatic renewal of the compacts.

The Tulsa World reported that the majority of the funds for the legal fees came from annual and one-time fees the state charges tribes that run casinos for oversight and administration of the compacts. These fees are collected in a Tribal Gaming Compliance Fund.

In July, Western District of Oklahoma Chief Judge Timothy DeGuisti ruled that the tribes’ compacts renewed at the start of the year. Gov. Stitt said in October that he would not appeal the ruling, but believed “the people of Oklahoma will demand a fair deal that benefits all four million Oklahomans.”

Lawmakers won one of the lawsuits, the other is pending. Fees associated with the two lawsuits were also included in the $2 million total noted above.

The publication of the expenses resulted in another testy exchange between Gov. Stitt and the tribes. A spokesperson for the Governor said that the “expenses incurred were a result of lawsuits filed against the governor, not by him” and that the state’s top official is focused on “protecting the state’s best interest and the litigation cost pales in comparison what is at stake.”

Matthew L. Morgan, Chairman of the Oklahoma Indian Gaming Association, said that “in addition to wasting thousands of hours and the court’s valuable time, Gov. Stitt also spent more than $2 million of public funds waging his failed legal actions against sovereign tribal nations in his claim the model gaming compact had expired.”