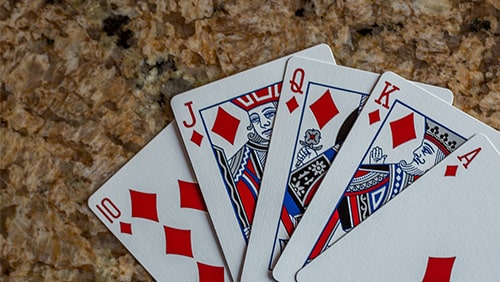 The battle to win the latest Phil Galfond #GalfondChallenge is an extremely tense one.

Taking on Chance Kornuth, Galfond got off to a fair start last week after he took an early lead despite some valiant play from his opponent.

After a heavy latest session, the pair have now played 6,600 hands, almost 19% of the total hands to be played, and while Chance Kornuth is still very much in with a chance of winning, he’ll now have to recover from a deficit of €280,000 to do so after a mauling at the hands of Galfond.

Day 5 was a dramatic day and one that Galfond was more than happy to share:

Day 7 was not a heaven-sent one for Kornuth, as it only took a few hands for Galfond to win a big one. It saw $48,000 slid the way of the betting favourite on Poker Shares, as Galfond’s top and bottom pair jacks and deuces held when all-in and up against Kornuth’s overpair of kings and a gutter-ball and flush draw.

Kornuth couldn’t hit when he went to the river all-in again in a pot worth $54,000 as Galfond held the straight. Kornuth had two pair and a flush draw, but neither came in for him and he was stuck six figures early into the session.

While both men then won sizeable pots, Galfond was still up over $73,000 when the final big pot of the night was won again by the man behind Run It Once. This time, both men were in before the flop. Kornuth held A-Q-T-8 with the first two in diamonds and the latter two in hearts. Galfond, meanwhile, had a pair of black aces, with flush draws in clubs and spades to boot. As it happened, he made the nut flush by the river, but he led the hand throughout, and it was perhaps the inevitability of that hand that saw the seventh day of the clash bring proceedings to a close a short while later.

Galfond, who had won the day by a massive $125,000 or so, is now ahead €280,000 after a weeks worth of action. The challenge may have plenty of time to go, but Kornuth has given himself if not a mountain, then a slippery hill to climb with care.

You can follow Kornuth’s progress from his perspective right here courtesy of his Chip Leader Coaching page. He really is feeling every hand too, as evidenced by some of his nightly summaries on social media.

Not gonna lie this one felt amazing. +70k on the day. Down 35k total now. Back at it tomorrow https://t.co/i6OlXBrMVa

With the majority of the Chance Kornuth challenge still to come, we’ll find out whether Phil Galfond is as good at holding a lead as he was chasing VeniVidi down to come back from almost a million in the red.

It’s unmissable action from two of the best players in the game and you can follow the progress right here at Calvin Ayre.