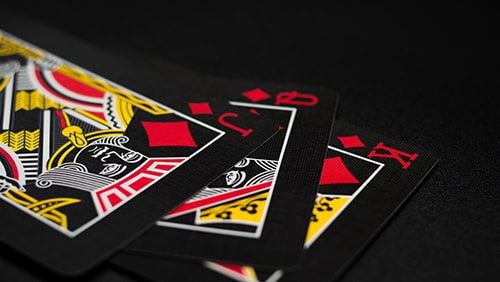 The story of how each poker player reaches any given tournament is extremely individual to that player, but for the subject of this week’s Poker on Screen, Matt Berkey, it has never been truer than four years ago in 2016.

For Berkey, playing the Super High Roller Bowl wasn’t just a case of flicking in $300,000 and hoping for the best. It was a structured approach to his play, training himself up before the event and then taking on the best of the best. All the better, there was a TV camera crew to follow his journey doing so.

Of course, this wouldn’t make great Poker on Screen content if Berkey busted in the first hand with kings under aces, at least, not after that hand. It’s not a disappointing giveaway to reveal that Berkey does well enough to reach the final table… not that doing so is a guarantee of making money, with just seven players paid.

Berkey himself is a fascinating character who it’s virtually impossible not to root for just because he’s so earnest in all he says and does. The talking heads from poker players such as Daniel Negreanu are great and all serve to hype up the action. Plus, if you’re looking for a bitesize series, it’s perfect. The first episode is just seven minutes long, so you can fly through them and cheer on Berkey – and his team – throughout without having to sit through hours and hours of material.

Berkey is a real player to watch right now, as not only has he the respect of the poker industry, but plenty of fans who enjoy both the way he plays and holds himself off the felt. Watching this documentary, it’s not hard to see why. Berkey’s $4.1 million in winnings at the live felt in tournaments alone are, if not dwarfed, but possibly rivalled by the money he’s made in cash games and is a superstar of the format. With a B.A. in computer science, Berkey is a super-smart guy, but seems very humble away from the felt and is all about self-improvement.

Having recently become something of a player’s player, he appeals to fans too and you can do far worse than to cue up the Dead Money series the next time you’re starting a grind. Berkey is a likeable guy and the documentary shines a light on some of the processes players go through before going through a poker tournament where a huge chunk of their money – even if they sell some of it to investors – is one the line.

Dead Money? Berkey’s star has never been higher and his hopes of winning more than just poker tournaments are very much alive after this engaging and entertaining documentary series on PokerGO.

Take a look at the whole collection of episodes right here!