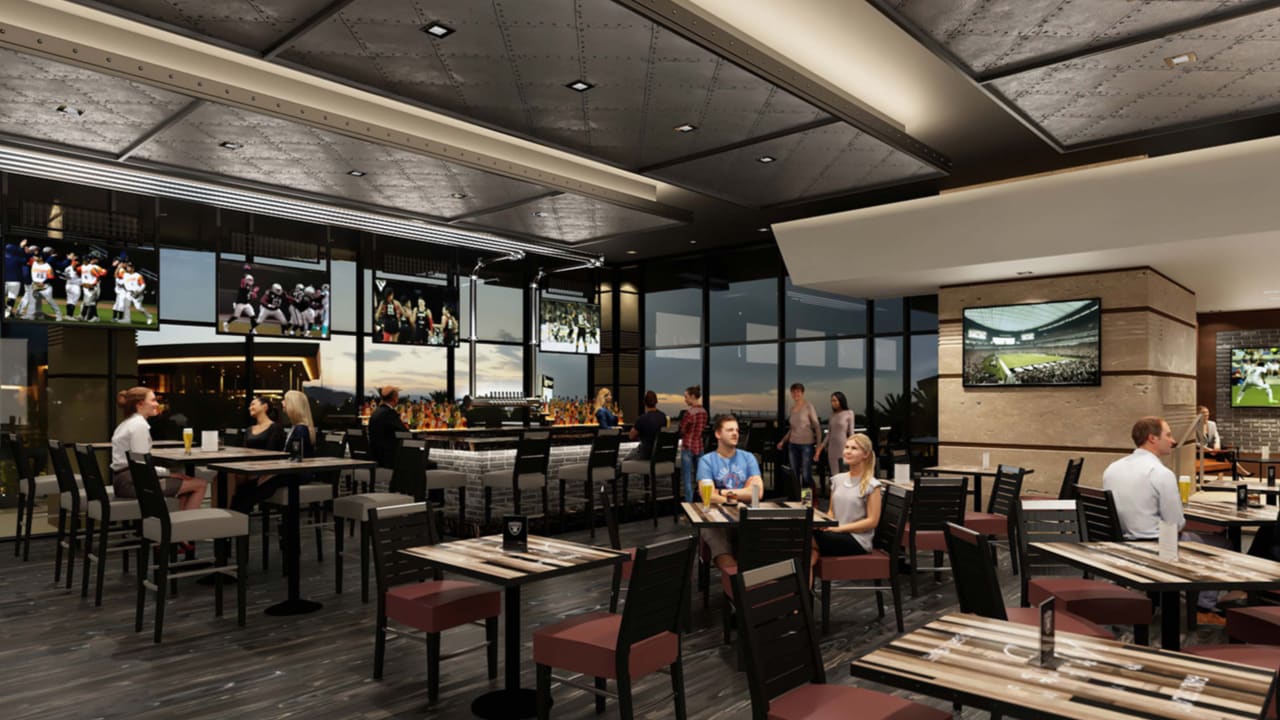 LAS VEGAS – M Resort Spa Casino has announced a general public opening date for the much-anticipated Raiders Tavern & Grill of Thursday, April 1, 2021. The world’s only official Raiders-themed restaurant will be accepting reservations on OpenTable starting on March 24, 2021. Walk up patrons will also be able to be seated on a first-come first-served basis. Hours of operation will be from 11 a.m. to 7 a.m. Monday through Friday and 10 a.m. to 7 a.m. Saturday & Sunday.

Raiders Tavern & Grill will be exclusively previewed to select VIPs and media beginning with a ribbon cutting and press conference prior to the public opening, with Hussain Mahrous, M Resort General Manager, officially commemorating the opening. This one-of-a-kind venue will eventually have a seating capacity of 200 and will follow all state mandates for social distancing and safe operation. Outdoor dining is also available with views of the spectacular M Pool and large televisions.

The restaurant’s vast menu will have a great variety from stadium favorites and sports bar fare to larger entrees, soups and salads, sandwiches and build your own burgers. Signature Raiders Tavern & Grill entrees will include seared salmon, homemade barbecue, street tacos, seafood items and wood-fired pizzas. Additionally, a portion of the menu will focus on healthier, lighter fare and include vegan and vegetarian dishes.