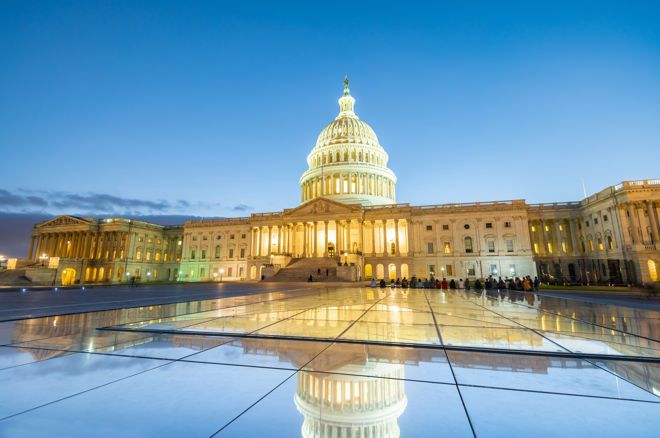 Back in 2014, the Poker Players Alliance (PPA) published a list of ‘political jokers’ who opposed legalizing online poker.

The list featured governors, senators and several politicians who were seeking re-election in the 2014 US midterm election, and had advocated for federal and/or state prohibitions for online poker according to the PPA.

Along with making the list public, the PPA urged readers to contact these lawmakers before Election Day.

Ahead of the upcoming US election this November, PokerNews revisits the list to see how many of them are still active in US politics.

In March 2014, they were responsible for introducing legislation that sought to pass a federal online gambling ban.

Although Rep. Chaffetz retired in 2017, Sen. Graham still holds on to his position as United States Senator that he has held since 2003.

Rick Scott served as Florida governor from 2011 to 2019, before winning the Florida Senate election in November 2018.

“Although a national ban would be a better approach, I support a ban on internet gaming in Florida.”

Scott has previously made his views on online poker very clear, stating in a tweet in 2014 that he supported not only a ban on internet gaming in Florida, but thought that a national ban “would be a better approach.”

But you’d wrong to picture Scott as a sworn enemy of gambling, as the Senator’s concerns don’t seem to apply to the offline side it.

Two years prior to his anti-gambling statement, whilst serving as Florida governor, Scott received a $250,000 check from gambling magnate Sheldon Adelson to help his “Let’s Get to Work” political action committee.

Former Representative James Lankford (R-Okla.) was one of nine co-sponsors of the ‘Restoration of America’s Wire Act‘ bill in 2014.

That list carried a particular significance for gambling since seven out of nine co-sponsors were included in the PPA’s list of “political jokers.”

Five of them are still active in US politics, with Sen. Lankford – the most senior of them – having been elected in November 2014.

In addition to the three senators, the list now holds four members of the House of Representatives, a State Senator, and a Governor.

Rep. Emanuel Cleaver (D-MO) and Rep. Jim Jordan (R-Ohio) are the only two survivors up for re-election who co-sponsored the ‘Restoration of America’s Wire Act‘ in 2014.

They are joined by Rep. Cedric Richmond (D-LA) and Rep. Louie Gohmert (R-Texas).

Online gamblers and poker players might remember his Italian-sounding names as Scavello made headlines in 2014, when he proposed legislation that would criminalize online gambling.

Luckily enough, the state of Pennsylvania did not go the Scavello Route and is now at the forefront of US legalised gaming with a handful of PA poker sites and PA online casinos already in the market.

PPA’s ‘Political Joker’ and former Attorney General of Texas Greg Abbott is also still at the core of the US’ public life, as he currently serves as the governor of Texas.

The state is no closer to legalizing online poker, with Abbott opposed to any form of expanding legal gambling in Texas.

There are a total of 13 members of the “political jokers” list that are no longer in politics. 11 of them are former members of the House of Representatives, one is a former State Attorney General, and one a State Governor:

Four people on this list either lost their 2020 primaries or did not seek re-election in 2020.

Feenstra has previously stated that legalizing online gambling will cause “a lot more societal problems to occur” and is also seen as one that will continue to oppose any forms of market regulations.

Four members of the original 2014 list of Political Jokers are up for re-election in 2020, including Sen. Lindsey Graham (R-S.C.).