Daniel Negreanu booked yet another winning session against Doug Polk Friday afternoon. That makes it five out of the past six. But he’s been unable to finish strong recently, and it’s preventing him from putting a serious dent in the lofty deficit. 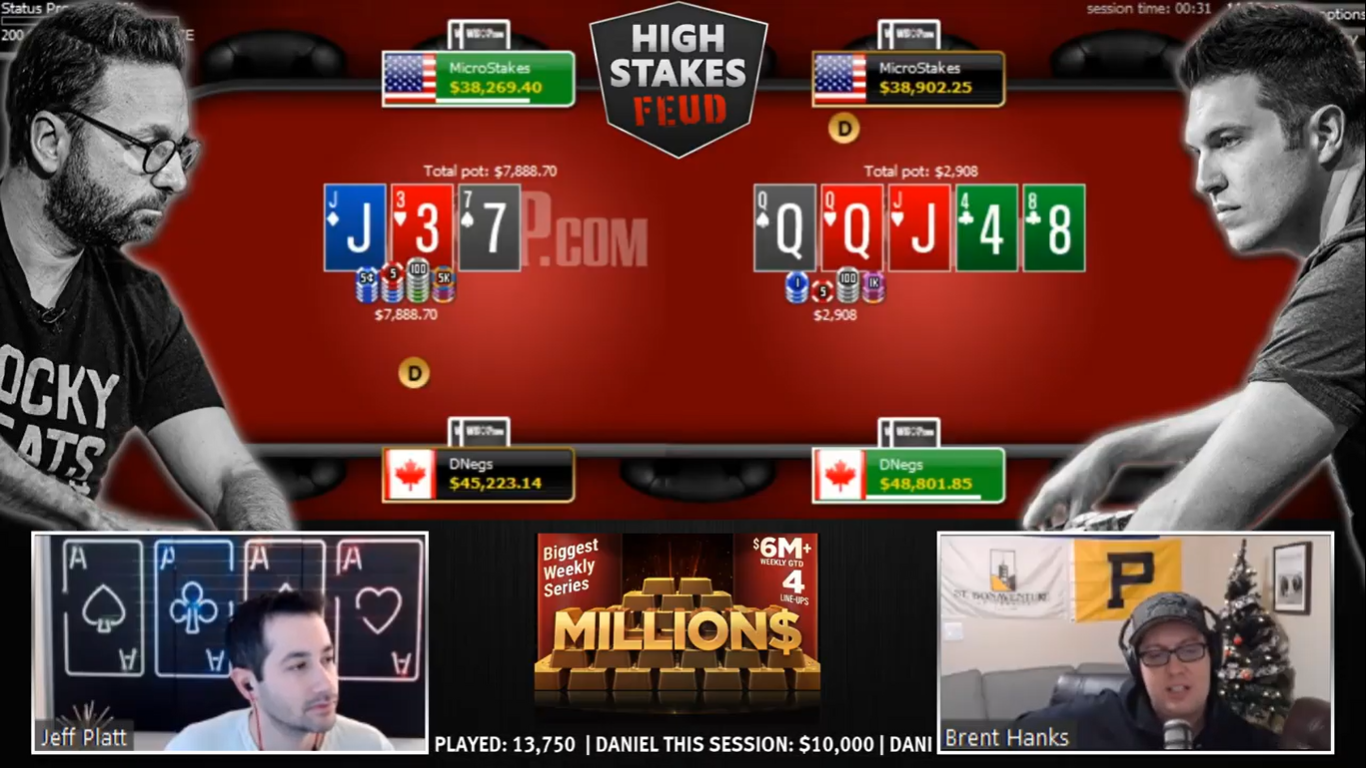 In recent days, the sessions have gone in a similar fashion. Negreanu jumps out to an early lead and then coasts until late when Polk begins to take over the match and get most of the deficit back. Friday’s session was no different. With that said, it was still a winning session for Negreanu, which is obviously better than losing, as he attempts to climb out of a deep hole.

The day began at 2:30 pm on the WSOP.com poker site with Polk leading by $644,000 through 13,750 hands. That may seem like a massive lead, and it is, but it pales in comparison to the previous $950,000 lead. Still, Polk remains a heavy favorite despite the recent downfall.

Can Negreanu Climb Out of Deep Hole?

Day 25 began with Negreanu once again claiming a fairly sizable early lead and remaining out in front throughout. The GGPoker ambassador won a number of key pots, although there weren’t many wild coolers over the four hours of play.

Polk would bounce back and quickly decrease the deficit. He did that many times, but he also lost quite a few huge pots. In another memorable hand he’d like to have back, Negreanu got maximum value with his pocket aces for a $79,000 pot.

He also picked up super maximum value with pocket kings against pocket 7’s, Polk, who was on an open-ended straight and flush draw (4-8-10-9) couldn’t lay it down and shipped more than $50,000 over to his opponent.

Although he lost a plethora of huge pots, Polk ended up controlling much of the match. He used the five-bet pre-flop strategy to his advantage, often getting Negreanu to lay his hand down. We couldn’t see the cards so it’s unclear if he was bluffing some of those times or if he had the goods. Either way, doing so helped the Upswing Poker founder keep it within striking distance from start to finish.