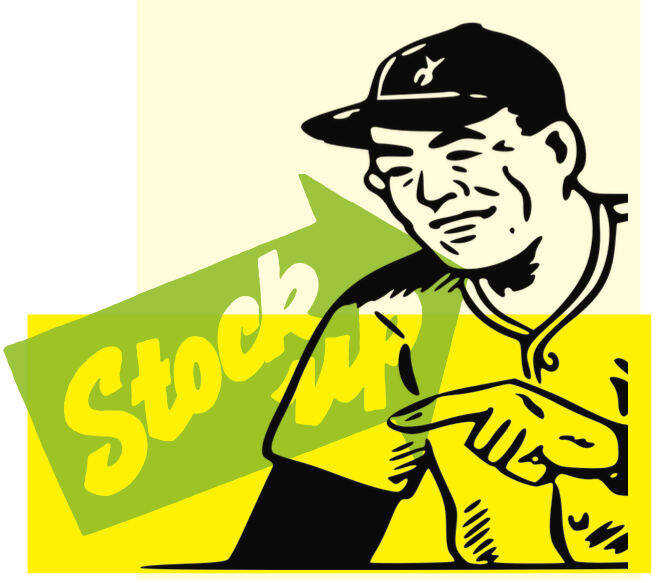 “It’s tough to make predictions,” Yogi Berra once said, “especially about the future.”

The pandemic brought a cruel reality to gamblers. They had money in their pocket from stimulus checks, but precious few opportunities to wager on anything. Casinos were closed. Racetracks were shuttered. Even online gambling websites were hit hard thanks to the lack of live sports — they were reduced to taking wagers on Australian cricket and socially-distanced Scrabble matches.

However, it didn’t take long for gamblers to discover an outlet. Right around March 23, millions of people across the country reached the same conclusion: they should throw a bunch of money into the stock market.

They had plenty of free time while working from home. Lounging around in their pajamas while “working,” they could obsessively monitor the stock tickers. They could tune into CNBC, suddenly the hottest channel on TV, and follow all of the chatter about a “V-shaped” recovery.

What did these newly-minted pajama traders see? They saw an endless expanse of green as share prices surged following even the slightest rumor of a successful treatment for the coronavirus. Gambling is easy when every pick is a winner.

To make things more enticing, the online brokerage industry had just emerged from a price war that caused commissions to plummet for many kinds of trades. It’s not entirely clear how these companies plan to make money, but perhaps they are following the “I Love Lucy” method of “making it up on volume.”

Indeed, there’s plenty of volume. Thanks to the FOMO effect (Fear Of Missing Out), deposits at online brokerages have skyrocketed. CNBC recently reported, “Securities trading was among the most common uses for the government stimulus checks in nearly every income bracket.”

Now, we all know, “securities trading” is the polite way of saying “betting your life savings on an options contract for a random stock you just saw plugged on Reddit or Twitter.” The vernacular term for such a risky play is a YOLO (You Only Live Once) bet.

No, the new hotness is trading FDs (Financial Derivatives), especially options contracts. Initially designed for professional traders to hedge their positions, these contracts have become mainstream thanks to apps like Robinhood which provide instant gratification and frequent adrenaline rushes. This is a fast-paced game where assets can “moon” (rise) or “drill” (fall) in a matter of seconds.

The pajama traders obsessively watch for any DD (Due Diligence) that might guide their choices on buying “calls” (bets that a stock will go up) or “puts” (bets it will drop).

It’s a nihilistic world where news headlines are coldly evaluated for stock tickers and option plays. For most of us, the mass protests represent a pivotal moment in American history as we grapple with racial injustice, but the pajama traders focus on opportunities: calls on home-security services, puts on insurance companies.

Join the B Magazine newsletter

The weekly newsletter focused on the business of Southeast Missouri.

A company releases the worst earnings report in its history? Buy calls and watch the stock launch on a moon mission!

Elon Musk tweets that Tesla stock is too high? Buy calls! Grab some $TSLA 1200c 7/31 contracts while you can.

Unemployment numbers are worse than expected? Buy calls on the entire stock market!

Dear leader of North Korea may or may not be dead? You better believe that’s worth some calls!

Of course, we all know the real reason for the stock market’s surge: the Federal Reserve has vastly expanded its balance sheet, pumping overwhelming amounts of moolah into the economy. No doubt we will have to pay the piper at some point — perhaps even by the time this column goes to press — but kicking the can down the road has never been more fun.

I’ve personally been nervous about jumping into the topsy-turvy world of options trading, but I did grab some shares of casino stocks for a quick profit. That’s the first time I’ve ever made money while gambling at casinos.

Nevertheless, the ease of raking money in this market seems too good to be true. Maybe it’s time to craft an Investment Policy Statement featuring a balanced asset allocation that allows staying the course in all market conditions, even if this “V-shaped” recovery morphs into “W-shaped” chaos.

With TV networks struggling from the lack of live sports, they should try real-time coverage of pajama traders in action. Here’s how it might go:

First announcer: We go live to legendary trader Tom “Tendies” Tyndall of Naperville, Illinois, who is preparing to go all-in on $HTZ calls. He’s entering the order ticket info … reviewing the confirmation screen … and it’s in. He’s such a pro at this despite only joining the pajama trading circuit in March.

Second announcer: I’ve never seen such a gutsy move in my 20-plus hours of analyzing options plays. I mean, Hertz has filed for bankruptcy. Surely $HZT stock is destined to slide to zero?

First announcer: But wait, his screen is green! It’s greener than $DE tractors! The share price is skyrocketing as traders with short positions are forced to cover! I love a short squeeze in the afternoon. You know, I’ve always said that Tendies is the boldest pajama trader around.

First announcer: Oh no! His brokerage app has crashed. I repeat: his app has crashed. It’s totally down. What a disaster. Will Tendies be able to sell his contract in time? While we wait to find out, here’s a word from our sponsor.

Second announcer: Pat’s Unlimited Money Printer is the premium newsletter you need. It features the best DD for this turbulent market. Pat was the first to recommend building an iron condor broken butterfly wing rising wedge position on $SPY last week and look what happened! Make money the easy way. Subscribe to the PUMP newsletter today!

First announcer: And we’re back … but things are not going well for Tendies. The app is online again, but he’s getting hit hard by theta decay. It’s dropping … down … down … down … There’s more red here than the federal deficit. Will he cash out now, or risk it all for a miracle comeback?

Second announcer: What a tough decision here. That’s why they say the best traders have diamond hands. You need that kind of discipline in high-pressure situations. He’s sticking with it. Will he be able to convert?

First announcer: Wait a minute, I see green. It’s recovering! The $HTZ price is jumping again thanks to the FOMO effect by retail investors. Get up, baby, get up!

Second announcer: AND IT’S GOOD! There’s the closing bell. He just banked a 420 percent return that came down to the final seconds. What a day!

First announcer: This is one for the record books, that’s for sure. This kind of adrenaline rush is what makes Big League Investor Stock Swapping so special.

Second announcer: Join us tomorrow as the weekly unemployment numbers are released. We might see an instant classic. Signing off today from Wall Street, this is BLISS!