Players across Maryland won or claimed $28.9 million during the week ending Sept. 13 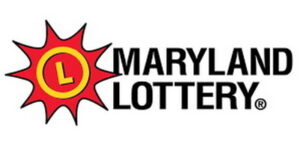 Scratch-off players in the St. Mary’s County community of Clements, as well as in Landover Hills in Prince George’s County and Frederick County’s Woodsboro were the biggest Maryland Lottery winners of the past week.

A ticket purchased in Clements scored a $1 million win, while a scratch-off sold in Landover Hills landed $500,000, and another sold in Woodsboro was a $100,000 winner.

In all, Lottery players won or claimed more than $28.9 million in the seven days ending Sept. 13, including 19 tickets worth $10,000 or more that were either sold or claimed during that span. Included in the count are five big Racetrax winners, all of which were unclaimed as of Sept. 14.

Fast Play and Draw Game Tickets Sold for Drawings From Sept. 7 through Sept. 13: