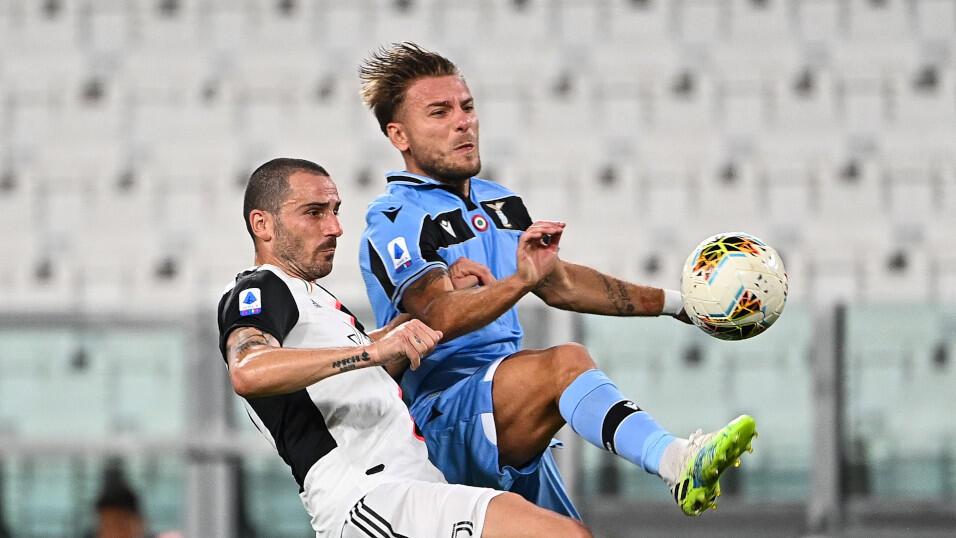 It’s highly likely that Juventus, rather than Milan, will emerge as Inter’s closest challengers for the Serie A title, and with the two teams going head-to-head on the penultimate day of the season, that could yet be an enticing prospect.

Juve have been unconvincing in recent weeks, though, and must improve on Saturday night to take three points against Lazio, before Inter face a tricky test against Atalanta on Monday.

Lazio were flying ahead of their meeting against Inter on Valentine’s Day. They outplayed Antonio Conte’s team for large parts of that game, but weren’t able to land a killer blow, and their form has suffered since, as they’ve beaten Sampdoria, but been blown away by Bayern Munich and then, less predictably, Bologna.

That doesn’t make Lazio a bad side, though, and they are more than good enough to give Juve headaches here. The two sides drew 1-1 at the Olimpico earlier in the season, and two comfortable home wins against Crotone and Spezia don’t mean that Juventus are in great form. They lost to Napoli and Porto, drew at Verona, and haven’t been very convincing since they beat Roma at the start of February.

Don’t forget too, how much the Champions League means to Juventus. They have a massive return game against Porto to come on Tuesday night, and it would be no surprise if they had one eye on that.

Simone Inzaghi will have a plan here, and don’t be surprised if Lazio carry it out to perfection.

I supported Genoa with a start on the Handicap against Inter last weekend, and paid the price, but the same logic still holds true as Davide Ballardini’s team visit Roma. They are not often beaten by over a goal, and they have every chance of taking advantage of Roma’s indifferent form.

Genoa played well enough in the Derby Della Lanterna draw in midweek, so I don’t think that their self belief will have taken an undue hit, and Roma struggled to win in Florence, and may just be hitting a flat spot of their own. They famously play better against bottom half teams than they do those in the top half, but, on their 2021 form, you can fairly characterise Genoa as one of the best ten teams in the League. This will be tough for Roma.

Genoa have kept three clean sheets in their last four away games, and while Roma have the capability of blowing anyone away, especially at home, I’m happy to support Ballardini’s defensive organisation against Paulo Fonseca’s rather flighty team.

Inter’s excellent 2021 continued last week as they went six points clear at the top of the Serie A table. They are unquestionably the likeliest winners of the title, and I can see why they are trading at 1.222/9 to win the Scudetto.

That said, there were signs against Parma on Thursday that they are still a long way from rock solid. They could have gone behind, then came close to throwing away a two goal lead against the team that is second bottom of the Serie A table.

Atalanta are, of course, a nightmare to predict, so much so that I was sorely tempted to swerve this game from a betting standpoint.

Gian Piero Gasperini’s team are comfortably good enough to beat Inter, and that makes the 3.814/5 or so that’s available for the away win extremely tempting. They have now won 4 Serie A games in a row, have already beaten Milan here, but it’s the poor performances which they are capable of producing that stops you from ever fully trusting them.

I think, on balance, that this will be an open game. I know that Inter have defended well in 2021, but Atalanta can get to them and ruffle a few feathers, and it’s hard to see Gasperini’s team keeping Romelu Lukaku and Lautaro Martinez quiet.

Tempted though I am by Atalanta’s price, I will play the goals market, and back over 3.5 at around the 2.68/5 mark.