What would be a ninth WCOOP title mean to Shaun Deeb apart from drawing level with the most successful WCOOP player of all-time, Denis Strebkov? It’s hard to say, but Deeb is just 13 eliminations away from achieving that lofty goal. 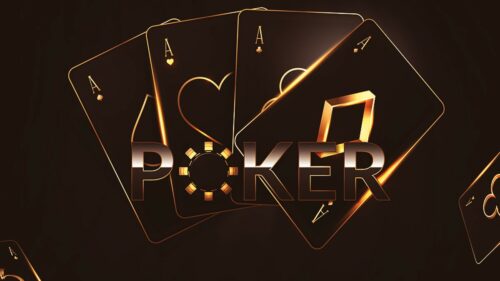 Long a divisive figure in the game of poker, Deeb’s reputation as something of an anti-hero should have nothing to do with his professional record, which is immense. Consistently not just a winning player to the tune of millions, Deeb has a remarkable ability to hang around in tournament poker and puts himself in the position for glory time and time again.

Deeb has certainly done that in the $5,200-entry PLO Event #37 in this year’s WCOOP (World Championship of Online Poker), where he currently sits second in chips with just 14 players left.

With 125 entries, the prizepool of $625,000 saw just 69 players enter, but many of them re-entered, with nearly half of the total entries coming by that method. With a top prize of $140,506, it was a rollercoaster ride to the final two tables.

PokerStars can be very pleased with the entries and excitement around this ‘work from home’ WCOOP, with their recent output gaining a lot of views on YouTube. Not quite as many as this video of Sidemen taking on Spraggy, but still.

After the last hand was played, it was Hungarian player Laszlo Bujtas who led the field with 2,123,462 chips (over 130 big blinds). Bujtas himself entered three times before registration was closed, so needs to make the final table to book any discernable profit. Deeb had a different way of going about his business, not even showing up in it until the very end of late registration for a single-bullet, shorter-stack strategy.

It worked for Deeb and how, as he doubled up twice in quick succession then played that rush to end the day on 1,916,970 chips, easily enough to take a 2nd-placed stack into the end of day counts.

There were a number of players who entered on multiple occasions and yet didn’t make Day 2, with Niklas ‘Lena900’ Astedt, Jens ‘Jeans89’ Kyllonen, Eelis Pärssinen and Joni Jouhkimainen all falling short of profit. Another famous name to end the day with the roundest number of all was Galfond’s eternal rival, ‘Venividi1993’, who lost with two-pair to Bujtas.

Other were more successful, however, with everyone left in the event after ‘bubble boy’ Yuri Dzivielevski’s elimination making money. Many big names are still in the hunt for the title, albeit with varying chances due to the chips they’re bringing to Day 2 on Thursday, with Ludovic Geilich (377,574) hoping for a comeback, Joao Vieira (945,333) well-placed to win his 3rd WCOOP in PLO events and another Hungarian, Andras Nemeth (1,044,947) 4th in chips with 14 players left.